Thanks to TWN reader “ces” who professes not to be a photo shop expert, but he has fixed the two typos in posters being waved around at the Republican National Convention the last two nights. TWN reader Julianne sent the original two pics in this morning.
Here are the original (first) and then the fixed up versions of “Keeping America Strong”: 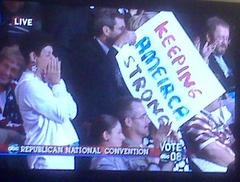 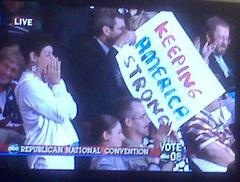 Here are the original (first) and then the fixed up versions of “The Maverick”: 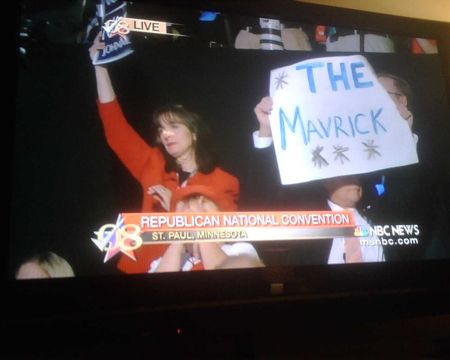 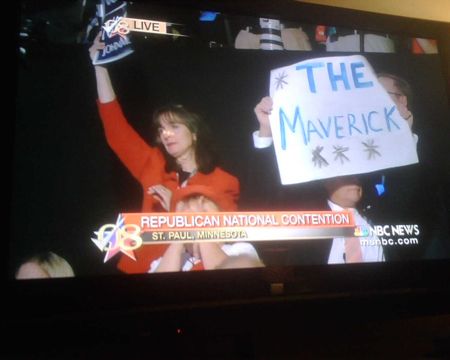 I get typo help from readers all the time — so hope the RNC sign folks take this help in the friendly spirit in which it’s intended.
More later.
— Steve Clemons