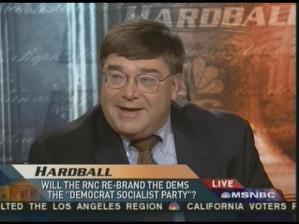 Charlie Cook, one of the best political handicappers in the country, sees the Democratic camp diverging in three directions — loyal Obamites, Liberal purists, and skeptics.
Charlie doesn’t even get into the questions of national security policy and the Vietnam-like stumble into something bigger in Afghanistan, but his template fits the foreign policy world pretty well too.
I am told that tonight on the News Hour with Jim Lehrer:, the reputationally hawkish Congresswoman and national intelligence expert Jane Harman talks about the growing unease among Congresssional democrats about what is happening in Afghanistan. Her bottom line approximately:

No more US troops to Afghanistan unless they clean up the corruption there.

Well, that means for the moment the White House can’t count Harman it its corner on increasing US troop deployments. 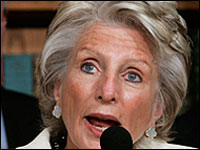 As Harman writes in a recent oped on Afghanistan, she sees the nation as somewhat as a cesspool of corruption in which American national security resources are pouring into a black hole with no hope — unless corruption is addressed — of achieving America’s national objectives or achieving a stable and healthy Afghanistan.
In response to the Democratic Party’s tripartite disarray, the Republicans have not marshalled anything coherent in response.
The Republicans are divided into a bunch of camps as well — probably far more than three — and the sensible pragmatists with whom I feel most comfortable are barely in the party any longer.
Charlie Cook writes in his “Cook Report” in National Journal:

In assessing the severity of their current problems, Democrats have split into three distinct camps.
The first, the Loyal Obamaites, is made up of those most committed to President Obama, whether or not they’re on his payroll. They stress that it is a long time until November 2010 and that their party’s problems are primarily driven by the economy.
In their view, if the economy turns around over the next year, the president’s fortunes and those of his party will improve. If the economy fails to improve, Democrats are pretty much screwed no matter what they do, the Loyalists continue. They maintain that tackling health care reform would be tough in any year, that candidate Obama promised to take on this challenge, and that he cannot back down. Some Democrats in this camp sound as if they would not mind if a dozen or so “Blue Dogs” lost next year, since on tough votes these moderate-to-conservative Democrats are not with the president and their party’s House leadership anyway.
The second Democratic camp, the Purists, is chiefly composed of liberal activists and bloggers who see the current problems of the president and the party as the result of their being insufficiently liberal and of not sticking with their convictions. Purists see compromise as weakness or appeasement. And on health care they view anything short of a full-blown public option as a rejection of core Democratic principles. Oddly, universal coverage is not where they draw their line in the sand.
(Without weighing in on the validity of the liberal Purists’ arguments, I would like the record to show that when conservatives made a similar argument — that Republicans lost the 2006 and 2008 elections because they had veered away from conservative principles — liberals laughed hysterically.)
Finally, there are the Skeptics, those Democrats who have concluded that this is not the cruise they signed up for. They worry that the problems facing Obama and their party’s congressional leadership stem from something deeper than just the recession and that major strategic mistakes have been made. They can’t see how this trajectory doesn’t take their party to a bad place by November 2010. The Skeptics think that the rapid and unprecedented expansion of government — under both Presidents Bush and Obama — since last year’s collapse of Lehman Brothers has gone too far and that costly health care proposals and cap-and-trade legislation are the straws breaking the camel’s back.
My own hunch is that the Skeptics are right that the Democrats’ problems are bigger than the recession: Purple America is reacting to the growth of government with emotions ranging from dubiousness to outright hostility. So, the rebound for which almost everyone is praying won’t necessarily fix the Democrats’ problems.

Americans may have replaced a housing bubble with an Obama bubble — but hopefully the President’s team can keep some air in it for some time. Bubbles can be good and bad. The good part is when you have time, resources and mystique to rework how a nation moves and feels.
The bad part about bubbles, particularly political bubbles, is that gravity hurts when all the air is gone.
— Steve Clemons