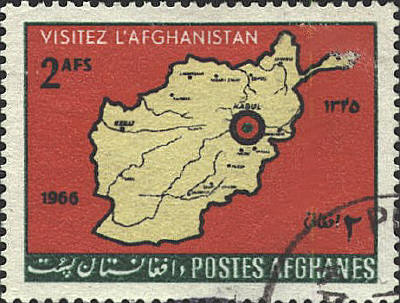 Politico‘s Ben Smith got the scoop on a letter today drafted and signed by a number of realist-tilting scholars and commentators raising many of the key questions and concerns about growing US presence in Afghanistan that were Obama’s concerns about Iraq.
I have signed this letter along with a number of others I respect including Robert Jervis, Christopher Preble, Rajan Menon, Andrew Bacevich, Jack Snyder, David Rieff, Gordon Adams, Jonathan Clarke, Michael Desch, Stephen Walt, Eugene Gholz, Sean Kay, Scott McConnell, Barry Posen, and many others. The list will be added to in coming days.
The letter is important as I think it captures well the views of an important wing of the foreign policy establishment that is arguing that it is unconvinced by the White House’s depiction of objectives and the rationale for deployed resources in the Afghanistan conflict.
A key line of the letter reads:

Today, we are concerned that the war in Afghanistan is growing increasingly detached from considerations of length, cost, and consequences. Its rationale is becoming murkier and both domestic and international support for it is waning. Respectfully, we urge you to focus U.S. strategy more clearly on al Qaeda instead of expanding the mission into an ambitious experiment in state building.

The letter is signed by individuals and not institutions — and I happen to work with some of the nation’s leading authorities on AfPak issues such as Steve Coll and Peter Bergen who each have compelling perspectives on the Afghanistan situation that deserve to be scrutinized closely as well. The New America Foundation also co-manages and co-hosts the AfPak Channel with Foreign Policy magazine that has become a must-read for anyone following the evolving challenges in South Asia.
On the New America Foundation front, there is an AfPak Channel focused event titled “Covering Afghanistan” this Thursday featuring Steve Coll and Peter Bergen of New America, Rajiv Chandrasekaran and Karen DeYoung of the Washington Post, and Susan Glasser of Foreign Policy.
And soon, I will be working with my colleagues to organize a very large conference on America’s engagement in the region that assembles advocates, semi-skeptics, and foes of the President’s current Afghanistan course.
The letter comes after the jump.

The Honorable Barack Obama
President of the United States
The White House
Washington, DC
Dear Mr. President:
During your campaign for the Presidency, Americans around the country appreciated your skepticism of the rationales for the Iraq war. In 2002, you had warned that such an endeavor would yield “a U.S. occupation of undetermined length, at undetermined cost, and with unintended consequences.” You pointed out the dangers of fighting such a war “without a clear rationale and without strong international support.” As scholars of international relations and U.S. foreign policy, many of us issued similar warnings before the war, unfortunately to little avail.
Today, we are concerned that the war in Afghanistan is growing increasingly detached from considerations of length, cost, and consequences. Its rationale is becoming murkier and both domestic and international support for it is waning. Respectfully, we urge you to focus U.S. strategy more clearly on al Qaeda instead of expanding the mission into an ambitious experiment in state building.
First, our objectives in that country have grown overly ambitious. The current strategy centers on assembling a viable, compliant, modern state in Afghanistan–something that has never before existed. The history of U.S. state-building endeavors is not encouraging, and Afghanistan poses particular challenges. Engaging in competitive governance with the Taliban is a counterproductive strategy, pushing the Taliban and al Qaeda together instead of driving them apart. If we cannot leave Afghanistan until we have created an effective central government, we are likely to be there for decades, with no guarantee of success.
Second, the rationale of expanding the mission in order to prevent “safe havens” for al Qaeda from emerging is appealing but flawed. Afghanistan, even excluding the non-Pashto areas, is a large, geographically imposing country where it is probably impossible to ensure that no safe havens could exist. Searching for certainty that there are not and will not be safe havens in Afghanistan is quixotic and likely to be extremely costly. Even if some massive effort in that country were somehow able to prevent a safe haven there, dozens of other countries could easily serve the same purpose. Even well-governed modern democracies like Germany have inadvertently provided staging grounds for terrorists. A better strategy would focus on negotiations with moderate Taliban elements, regional diplomacy, and disrupting any large-scale al Qaeda operations that may emerge. Those are achievable goals.
Third, an expanded mission fails a simple cost/benefit test. In order to markedly improve our chances of victory–which Ambassador Richard Holbrooke can only promise “we’ll know it when we see it”–we would need to make a decades-long commitment to creating a state in Afghanistan, and even in that case, success would be far from certain. As with all foreign policies, this enormous effort must be weighed against the opportunity costs. Money, troops, and other resources would be poured into Afghanistan at the expense of other national priorities, both foreign and domestic.
Mr. President, there is serious disagreement among scholars and policy experts on the way forward in Afghanistan. Many of those urging you to deepen U.S. involvement in that country are the same people who promised we would encounter few difficulties in Iraq and that that war would solve our problems in the Middle East, neither of which proved to be the case. We urge your administration to refocus on al Qaeda and avoid an open-ended state-building mission in Afghanistan.
Sincerely,
Gordon Adams
American University
Andrew Bacevich
Boston University
Doug Bandow
American Conservative Defense Alliance
Ted Galen Carpenter
Cato Institute
Jasen Castillo
Texas A&M
Jonathan Clarke
Carnegie Council
Steven Clemons
New America Foundation
Michael Cohen
New America Foundation
Michael Desch
University of Notre Dame
Carolyn Eisenberg
Hofstra University
Ivan Eland
Independent Institute
Bernard Finel
American Security Project
Eugene Gholz
University of Texas – Austin
David Henderson
Hoover Institution
David Hendrickson
Colorado College
Patrick Thaddeus Jackson
American University
Robert Jervis
Columbia University
Sean Kay
Ohio Wesleyan University
Peter Krogh
Georgetown University
Christopher Layne
Texas A&M
Anatol Lieven
King’s College
Justin Logan
Cato Institute
Douglas Macgregor
Colonel, U.S. Army (Ret.)
Scott McConnell
The American Conservative
John Mearsheimer
University of Chicago
Rajan Menon
Lehigh University
Robert Paarlberg
Wellesley College
Charles Pena
Independent Institute
William Pfaff
Author and syndicated columnist
Barry Posen
Massachusetts Institute of Technology
John Prados
Author
Christopher Preble
Cato Institute
Daryl Press
Dartmouth College
David Rieff
Author
Paul Schroeder
University of Illinois
Tony Smith
Tufts University
Jack Snyder
Columbia University
Robert W. Tucker
John Hopkins University – SAIS
Stephen Walt
Harvard University
**This letter reflects the opinions of the individual signatories. Institutions are listed for identification purposes only.**
— Steve Clemons