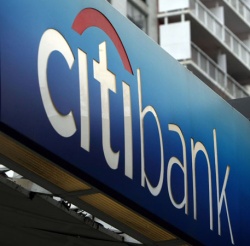 One of the issues that has most irked me about the Obama administration’s approach to trying to move the economy forward is a fundamental misunderstanding about US national interests and how corporate behavior works.
Timothy Geithner, Lawrence Summers and the rest should know that the moment that US tax dollars pass the transom into the hands of corporate executives or even guarantee their financial decisions, those firms and their behavior must change from their normal operating habits to those which address the general needs of the American taxpayer.
But what we have seen is an Obama White House caught off guard by firms that took vast sums of American taxpayer dollars and paid them off many on their times with hefty bonuses. The most striking statistic is that financial firms that received bailout money have since last September’s crisis issued more than 5,000 people bonuses of a million dollars or more.
The White House and Congress have flailed around attacking automotive CEOs for not flying commercial and ordering their own private jets (which Congress is now doing itself) and have tried to wrestle, mostly unsuccessfully, with CEOs about their executive pay.
What is going on here? Who is in the driver’s seat?
Unfortunately, Timothy Geithner and Summers have continued the Hank Paulson strategy of begging banks and financial institutions to participate in the bailout programs that the government packaged together to recapitalize the American banking system. But the banks resisted, negotiated, and were able to get terms in the US-private sector relationship that undermined taxpayer interests while maximizing the firms’.

George Soros wrote in the fall of 2008 and has repeated since frequently that bank and financial sector recapitalization should have been compulsory and across the board. Non-performing loans should have been recognized on the bank’s books and pushed to the side in an internal “old bank/new bank” structure that allowed to get the financial activities of the bank going again — while the government assured the “old bank” portfolios — and worked with the bank to steward those assets and guaranteed them until they could be brought back into the functioning bank.
Obama’s team failed to listen to Soros and many others who recommended this sort of approach.
These firms thus got the upper hand — and have been able to take US government taxpayer money to subsidize behaviors that are from a macro level quite disconcerting.
According to numerous sources I have spoken with and in some of the TARP oversight commentary, many of these financial firms are carrying a large load of non-performing loans financing commercial real estate. There is a “pretend and extend” game underway in which the bank/financial entity pretends that there has been little or no fall in the value of a major commercial real estate loan and extends the loan forward to keep the unrecognized losses off of its books. Regulators are involved in these institutions — and are complicit in this “pretend and extend” game.
Another bit of disturbing news is this tidbit from Naked Capitalism today in which many banks are turning up their noses at small business finance deals, in part subsidized by the Small Business Administration because the profits are too small.
Yves Smith writes:

The 1980s supermodel Linda Evangelista once said. “We don’t wake up for less than $10,000 a day.” That seems to be the motto of American bankers, (save Citigroup’s Andrew Hall, who needs 40 times that much per business day). Not only do they not care about things banks used to deem as important, like playing a role in their community, now they can’t even be bribed to go along with pretending that they care.
The latest object lesson is the complete lack of interest in banks in a new SBA lending program. The banks say the loans are too small and too much trouble to be worth the bother, even with a Federal subsidy. I gather it doesn’t occur to them if banks don’t lend to small businesses, which have been the only engine of job growth, we won’t have much improvement in unemployment, and if unemployment doesn’t fall, we won’t have a much in the way of recovery, and if we don’t have much of a recovery, they won’t have much of a business. The banks want to be a free riders on someone else doing whatever it takes to get the economy back in gear.

The government forfeited its leverage in the financial sector bailout early and should not have. No one wanted to say the word, “nationalization”.
And to escape the catcalls from those engaged in semantic warfares, we have pursued a bank/financial sector subsidization scheme that has rewarded the very people who got the US into this mess.
And if the shoe drops on the commercial real estate sector, which I and a lot of people smarter than me believe will happen — we may be back into the financial sector again, but then the terms will be even harder for the government because there is less uniformity of guilt and exposure in the next round.
Firms like Bank of America are doing a great deal to shore up reserves and to ride out a storm it sees coming. Banks like Citibank, partly because of the management of Bob Rubin and his like-minded allies, are chock-a-bloc with ongoing portfolio problems. Some banks are heavy with commercial real estate exposure and some have lightened their exposure significantly.
Next time, the government will be under great pressure to let these large institutions that it failed to properly and compulsorily recapitalize really fail — but wait (!) — those are the banks that the American taxpayers will pretty much own in full.
— Steve Clemons

How Can the United States Shape Iranian Interests and Behavior?
Guest Post by Caroline Esser: Chavez — The Ultimate Combination of Politician and Performer