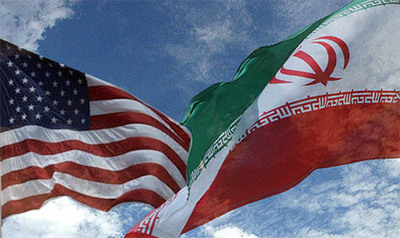 President Obama came into office promising to change the United States’ policy toward Iran – but it was never clear exactly what that change would be.
On the one hand he denounced the thirty year failure of our policy toward Iran, suggesting that our policy of isolation and indefinite antagonism was counterproductive and needed to be revisited.
But on the other hand he called for “bigger carrots and bigger sticks,” which sounded more like a tactical adjustment than a fundamental strategic shift.
The chief question from a strategic point of view is, how can we shape Iran’s interests so that the Islamic Republic behaves in a way compatible with our interests? The Bush administration’s policy of isolation, threats, and sanctions was obviously ineffective.
Unfortunately, it appears more and more likely that the Obama administration is going down the same road. Offering to negotiate for a year while considering imposing extreme sanctions – including cutting off American and European gasoline imports – can hardly be considered a strategic shift.
As Flynt Leverett has written, the Obama administration’s policy has been one of “engagement with pressure,” offering to negotiate with Iran largely to elicit broader regional and international support for intensifying economic pressure on the regime.
According to David Sanger, administration officials believe that crippling sanctions might “force Iran to negotiate.” And in today’s Wall Street Journal, Michael Jacobson and Mark Dubowitz claim that “Smart Sanctions Can Work Against Iran” – but nowhere in their article do they explain exactly how imposing more sanctions will move our interests forward. Does anyone actually believe that the Iranian regime – already suffering from a legitimacy problem at home – is going to come crawling to the negotiating table under pressure from Washington?
That is not going to happen. Iran is strategically important, and countries that are strategically important do not have trouble finding patrons. China and Russia can only hope that we will continue to force Iran and all of its energy resources into their arms.
The best way for Washington to shape Iranian behavior – including limiting the risk of Iran’s nuclear program – is to normalize our relations with the Islamic Republic. Only if we enjoy a normal relationship with Iran will we be in a position to shape Iran’s interests to our advantage.
— Ben Katcher

29 comments on “How Can the United States Shape Iranian Interests and Behavior?”