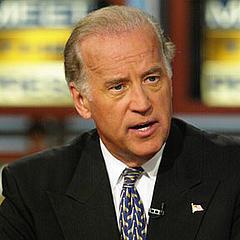 My colleague Jon Weinberg has posted a provocative piece about Vice President Joe Biden’s comments about Israel and Iran. Weinberg debates how much of a faux-pas Biden’s comments were — and I think that this general line of attack against Biden’s statement is off the mark.
I am in rural Italy and may have missed much of the color of Biden’s statement and the after the fact handicapping of these remarks, but to refresh, here is the exchange with George Stephanopoulos on Israel’s and America’s interests.
There is a lot of hyperventilation in American civil society about the prospect of Israel bombing Iran. I get a two dozen emails a day — for the last few years — from people absolutely convinced that Israel will take matters into its own hands with regard to Iran and deploy an aerial bombing raid.
I myself was the person who outed one of Vice President Cheney’s then national security staff for making a similar suggestion and for asserting that such a move would “tie the President’s hands.” In that case, then, the President was George W. Bush.
President Bush and his team made very clear — crystal clear — to the Israeli government that it had not only NO green light to bomb Iran but that any such gesture would create a serious rupture in US-Israel relations and would probably suspend defense cooperation on all key levels.
There is no way that the Obama administration is telling Israel anything less stern than the George W. Bush administration did.
Joe Biden’s comments demystified Israel’s public hyperventilation about Iran and finally put the onus on Israel in a symbolic way. He states clearly that Israel is a sovereign nation that needs to make choices about its interests that depend on its own assessments, not those of the United States.
House Foreign Relations Chairman Howard Berman, a strong supporter and friend of AIPAC, has indeed told groups privately that Israel bombing Iran under current circumstances would bust a massive hole in US-Israel relations and that Israel cannot be in the business of choosing America’s strategic choices.
Biden is saying precisely the same thing — but in a more nuanced fashion.
That raises the question of why there is so much talk in Israel and elsewhere about the prospects of Israel bombing Iran’s nuclear facilities — or those that it can find.
The answer seems obvious to me. Israel’s leaders are creating the illusion that every day the country does not launch an attack against Iran, that is another day in which Israel has made a “concession” to American demands, another day in which Israel has been nudged to do something with which it is not comfortable.
This image of false concessions thus makes it more difficult, in the calculations of Netanyahu and Lieberman, for America to push Israel on other concessions that would be part of a credible Israel-Palestine peace process.
Joe Biden was stating the obvious. If Israel attacks Iran, Israel is on its own — and must carry the consequences for those actions. The implication was that the US would not be there with them — at least not at this point.
There was no green light for a bombing run. There was more of a great big spotlight on the costs and consequences of Israel’s potential actions. Given the costs, Israel will not attack Iran — and got that message from both Biden and Obama.
Talking about bombing Iran is a serious distraction from real issues in the region. It is a fake issue designed to distract.
— Steve Clemons

Obama is No FDR (yet) and Needs to Read up on Hamilton
Guest Post from Jon Weinberg: Another Biden Faux-Pas?

46 comments on “Joe Biden was on Target on Israel & Iran”