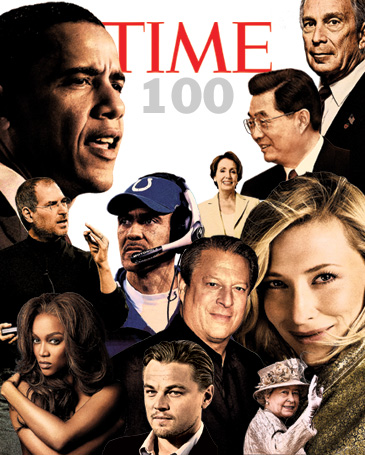 The Washington Note‘s publisher will not be at the WHCA Dinner this year as he’ll be traveling, but the blog will be represented by others in the field.
But I just got a bit of an odd first. TIME Magazine has just sent out a promo email saying that it has secured Deputy Secretary of State James Steinberg as a guest at TIME‘s table.
With an administration so picky about lobbying relationships and other potentially compromising relationships that might taint someone’s public work and responsibilities (unless of course you are one of the many in the administration who worked for Goldman Sachs), it seems odd that some key Obama administration officials would agree to be part of a corporate promo effort. (yes, I know that they didn’t agree — and probably didn’t know about the email — but the White House screeners have been looking at every little perk the insiders get. . .even from think tanks.)
I suppose it’s all part of the sizzle — but still. . .it doesn’t feel right. Administration officials do need to be hosted by someone — but given the way that some corporate offices for publications are using this for marketing, I find it far more disconcerting than many of the nanny-gate and limo-gate controversies we’ve really had recently.
James Steinberg and others on the list though deserve an excellent night — and I think that on the whole the team has many of the right foreign policy balls in the air.
Perhaps what is needed in this case is a little “reserve” about who is at what table.
TIME‘s table list includes:

Still, these would be interesting tables and would love to hear from Steinberg whether the administration is going to finally set parameters for an Israel-Palestine horizon, or whether we are going to move incrementally along as we have in the past eight years – confined by the misbehavior of players on both side of the divide.
— Steve Clemons