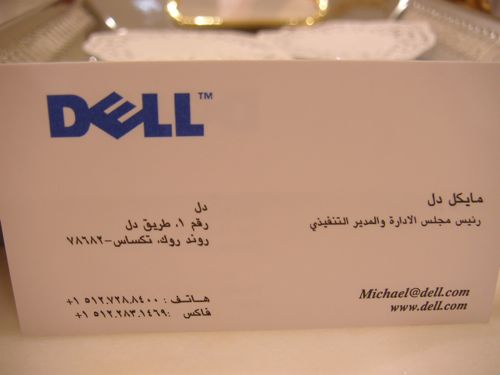 When I was recently in Saudi Arabia, I visited the impressive campus of King Saud University which sports more than 80,000 students and is making major investments in the science infrastructure of the country.
We also visited SAGIA, the Saudi Arabia General Investment Authority, which is helping to oversee and implement the Kingdom’s competitiveness agenda. Saudi competitiveness as a place to do business is surging among all countries, and particularly in the Middle East. This year, Saudi Arabia ranked 23rd among all countries, up ten positions from its 2007 ranking.
SAGIA’s economic cities program is mammoth in scale — and either could possibly be one of the most foolish or very best gambles a country has made on its own future. Firms like Cisco Systems are embedding their highest speed, next generation information management infrastructure in the foundation of these economic cities — and it will be interesting to see whether the Japanese, Chinese, European, Korean, and possibly even American populations that move into these cities along with Saudi citizens become more than the sum of the impressive parts that have been assembled or not.
But while working through our itinerary, at many of our stops Dell CEO Michael Dell had just been there. According to the people he had met in the goverment and in the academic establishment, Dell had not been to Saudi Arabia before — but it does seem that American firms are investing time in the Kingdom again. . .and their interest is not driven just by oil but by the effort of Saudi Arabia to remake the national and regional economic landscape.
Terrorism is often the lens through which Americans write about Saudi Arabia, but after seeing the country firsthand and witnessing the economic dynamism and change afoot — journalists and other interlocutors are offering a badly distorted picture of the forces shaping the Saudi State and Gulf region.
— Steve Clemons