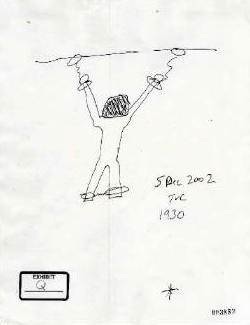 I have written before about the difficult decision Colin Powell and his team, including State Department Chief of Staff Col. Lawrence Wilkerson, made when they decided to stay in the first George W. Bush administration in an effort to limit the order of magnitude of the strategic debacle imposed on the United States by the Cheney-Rumsfeld cabal.
One of the elements of that debacle, we now know, was the authorization of torture. And another member of Colin Powell’s inner circle was Carl Ford Jr, who as Assistant Secretary of State for Intelligence and Research not only objected to the Iraq intelligence but also helped stop the nomination of John Bolton, calling him publicly, a “Kiss-Up, Kick-Down Sort of Guy.”
Tomorrow at the New America Foundation, my colleague Peter Bergen will be moderating an event with Carl Ford, and Brigadier General Stephen Zenakis, MD, to help launch Washington Monthly‘s special issue on torture.
Among a bipartisan array of authors in the magazine’s special issue on torture are: Bob Barr, Rand Beers, Peter Bergen, Jimmy Carter, Wesley Clark, Chris Dodd, Richard Armitage, Carl Ford, Chuck Hagel, Gary Hart, John Kerry, Carl Levin, Richard Lugar, Nancy Pelosi, William Perry, Paul Pillar, Anne-Marie Slaughter, Ted Sorensen, and Lawrence Wilkerson.
I cannot be there tomorrow as I’ll be in New York and Philadelphia — but I know some Washington-based readers may be interested.
— Steve Clemons

“Why Not Join Another Church?”
SERVICE ANNOUNCEMENT: Lost 8-Year Old Child on AMTRAK

7 comments on “No Torture, No Exceptions”