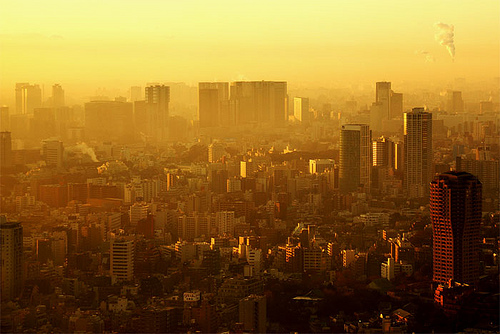 Daniel Mandel is a Program Associate at the New America Foundation/Economic Growth Program.
The Democratic Party of Japan’s (DPJ) historic landslide victory over the long-ruling Liberal Democratic Party (LDP) in Sunday’s election will have important consequences for that country’s domestic politics, as well as its strategic relationship with the United States. Just as important, however, is what regime change will mean for Japan’s economic outlook and the fitful process of reform.
As likely future prime minister Yukio Hatoyama begins assembling his new government, Japan finds itself at a crossroads: the global economic crisis has rocked its faith in export-led growth; rising inequality threatens its cherished shared prosperity; and demographic change strains social order and the public coffers.
The DPJ’s list of priorities includes taking on the powerful central bureaucracy, implementing ambitious new social programs targeted at families and consumers, and overhauling the national budget. But as London School of Economics scholar Ronald Dore argues in a new New American Contract paper, “Japan Rethinks Reform”, what’s really at stake is the future of the “Koizumi reforms” – the neo-liberal deregulation and privatization policies carried out during Junichiro Koizumi’s 2001-2006 stint as LDP prime minister.
The DPJ is notably less enthusiastic about American-style globalization than its LDP predecessors: in a recent op-ed that ran in The New York Times and elsewhere, Hatoyama criticized “unrestrained market fundamentalism and financial capitalism.”
Although the election results do not threaten the U.S.-Japan strategic alliance, many commentators expect the DPJ to move away from Japan’s longtime U.S.-centric economic strategy and instead focus on the economic community of its Asian neighbors. The party’s emphasis on domestic welfare programs – aimed at combating unemployment, assisting agriculture and small business, raising the birthrate, and alleviating poverty – also signals a turning-away from the neo-liberal agenda.
Japan’s sclerotic economic performance since its “Lost Decade” of the 1990s suggests that a reversal for the LDP and its policies was long overdue. Yet even as the small government, structural reform project loses steam, Dore believes that Japan’s corporate governance and management reforms of the last decade are not going anywhere.
The “shareholder revolution,” in which cozy management arrangements gave way to increased market discipline and stock price replaced market share as the crucial metric of economic performance, seems firmly entrenched despite the political and economic upheaval of the past year. Even as the DPJ rejects American economic ideologies, the “Anglo-Saxonization” of the Japanese corporation continues.
Going forward, the country faces a crucial choice: continue its export-led, current account surplus model of economic growth, or move in the consumer-oriented direction of other developed economies. Japan will retain its emphasis on “making things,” its tradition of lifetime employment with a single firm, and its collegiate management style. But as the untested DPJ’s ambitious domestic agenda confronts a changed corporate culture, no one can say with certainty how things will shake out.
— Daniel Mandel