Yesterday, I hosted General Anthony Zinni for a discussion on his views on national security decision making, the Iraq War, the Afghanistan War, the broader Middle East, and President Obama’s approach to foreign policy.
Zinni has been on tour discussing his new book, Leading the Charge: Leadership Lessons from the Battlefield to the Boardroom.
General Zinni’s comments during the 77 minute program above were captivating, incisive, and for the most part in line with my own. I differ somewhat on how he would structure American engagement in the Israel-Palestine process as I think that we are at a point in history where the general outlines of “the deal” should be imposed on the parties — but his other structural suggestions made great sense.
Among the zingers that Zinni offered were his suggestion that the Obama administration do what it is actually legally required to do under the Goldwater-Nichols Act and issue a “national security strategy.” Zinni noted that administrations are required to release such a report within 150 days of their administration, and the Obama administration has not done this.
He also said that he thinks the “soft power” approach to national security problem solving can’t be undertaken by the flawed institutional realities embedded in the Department of State and US AID. He said that the civil afffairs section of the military ought to be pulled out of the military structure as it is today and set up as its own command — and use this as a way to structure nation building and other activities in a collaborative way with other institutions of government.
Zinni generally supports America’s deepening commitment to Afghanistan and the war there – though his opening comments imply concern about our focus in the war. He thinks we cannot abandon Afghanistan and need to commit the resources to stand up a system of security and government that can withstand its internal adversaries. I don’t share his view on this front — but his framing of the issue is important to listen to. 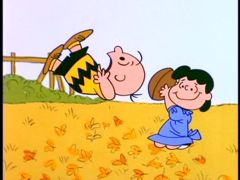 Zinni was stongly critical of the envoy process and the use of envoys for tough, long term foreign policy problems. He offered a self-critique of his envoy experience and offered serious suggestions on how to reshape the Israel-Palestine peace process.
I asked if he got a call from Secretary of State Hillary Clinton that she had an ambassadorship for him and “this time it was for real”, would he be interested. His response is that he felt like he was sort of like Charlie Brown going off to kick the football that Lucy was holding, and she pulled it back. He said he doesn’t want to go through that again.
For people interested in a serious, non-dogmatic discussion on national security strategy, this is a great session to watch.
— Steve Clemons