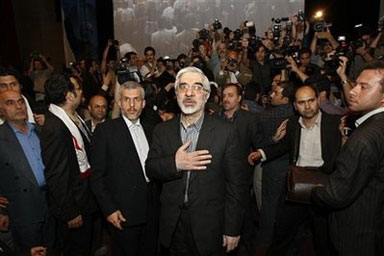 The Iranian Election is Their Issue, Not Ours
And the Shooting in Tehran Has Begun

20 comments on “Guest Note: More On Site Dispatches from Iran”