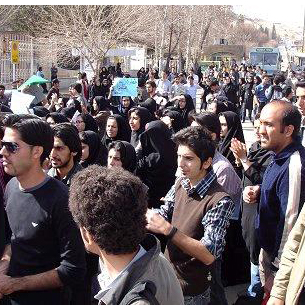 There are now nine dead, according to BBC Persia reports, and dozens injured.
I am getting notes that police are raiding homes and apartments and not just arresting people but engaged in wanton destruction of property.
Mousavi doubts a positive nod from the Guardian Council.
Hundreds of thousands demonstrated against the election declaration.
I’ll be discussing all of this shortly after 8 pm EST on Keith Olbermann’s Countdown.
More soon.
— Steve Clemons

46 comments on “And the Shooting in Tehran Has Begun”