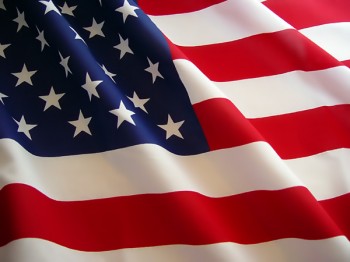 This is a guest note, exclusive to The Washington Note, by James P. Pinkerton — a contributor to the Fox News Channel and frequent poster at FoxForum.com. Pinkerton is also fellow at the New America Foundation, and contributing editor at The American Conservative magazine.
AMERICA NEEDS A DEFENSE THAT DEFENDS
I. Whose Defense Is It, Anyway?
When are we going to have a Defense Department that defends?
For the last few decades, US “defense” policy has oscillated between two ideological polarities, neither of which have much to do with the actual physical defense of America. On the left hand, we’ve had an emphasis on arms control, disarmament, and spending reductions, mostly without regard to the military designs of other countries. And on the right hand, we’ve had “wars of choice,” “regime change,” and “nation-building” — and, of course, as an obvious consequence of such ambitious policies, a fixation on counter-insurgency.
But what’s been lost in this left-right back-and-forth is a steady focus on actually defending America, and its allies, from attacks on their homelands. Those attacks have come, are coming, and will continue to come — but Uncle Sam has decided, in effect, not to prepare much for any such attack.
In this polarized political climate, few are willing to speak up for the simple non-ideological proposition of defense. That is, to protect this country, as well as other countries. That’s the commonsensical middle ground that neither party’s ideological wing has chosen to occupy.
If another country threatens you, and you can’t adequately defend yourself, what’s the best course of action? Issue a stern statement? Take your case to international organizations that obviously have little or no heft? Pretend the problem isn’t really real?
In regard to the North Korean weapons programs, both atomic and ballistic, the Obama Administration has taken all of those non-action actions. But in fairness, it must be noted that the Obamans have merely continued the Bush administration’s Korea policy — although in war, of course, nothing is fair. And if North Korea could nuke America, or one of our treasured allies, then we should be able to do something about it. And fast.
Unfortunately, effective action is not being planned. This weekend, Defense Secretary Robert Gates, a holdover from the previous administration, threatened “painful” sanctions against North Korea if it continued on its current course of firing rockets and detonating a-bombs. Then he added, “At the end of the day, the choice to continue as a destitute, international pariah, or chart a new course, is North Korea’s alone to make. The world is waiting.”

In other words, according to Gates, the world will wait to see what North Korea does. And if North Korea continues on its current aggressive and threatening course — a course to which it has held steadily for most the last decade — then sanctions, and other efforts, such as the US-led Proliferation Security Initiative, will undoubtedly be ratcheted up a bit. And for their part, the North Koreans will ratchet up, too: On May 27, the Pyongyang regime renounced the 1953 armistice that ended the Korean War. 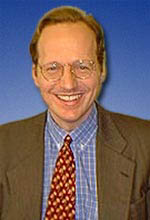 Hezbollah launched 4,000 rockets from South Lebanon during the Second Lebanon War, and their effect on northern Israel has not been forgotten: Life was nearly paralyzed for a whole month. Since then the Lebanese organization’s stockpile was replenished and enhanced, and it now has some 40,000 rockets. Israel does not have a response to those rockets. The rocket defense systems now being developed (Iron Dome and Magic Wand) are still far from completion, and even after they become operational, it is doubtful they will prove effective against thousands of rockets launched at Israel.

Could little Israel afford to build a missile-defense system on its own? Probably not. But like the Americans, the Israelis have chosen to make other objectives a higher priority. So AIPAC uses its lobbying muscle to persuade three-fourths of the Congress to sign a letter supporting the status quo in the West Bank. And one cost of focusing on the settlers in the territories is a neglect of the technology that Israel will need to survive in a hostile region.
And so we come to Iran. It’s said that Tehran poses an “existential threat” to Israel; indeed, a Google search using the words “Iran existential threat to Israel” yields up more than 261,000 hits.
But why, exactly, is Iran such a threat? After all, the two countries are 600 miles apart. The answer is that Iran could fire a missile, today, that could probably hit the Israeli nuclear reactor at Dimona, causing enormous devastation. And if the Iranians could put a nuclear weapon on such a missile, a strike could cause the end of the Jewish state.
And so what is Israel doing in response to this dire threat? Even as it is agitating against American action on the Palestinian question, it is agitating for American action against Iran. If George W. Bush didn’t agree with this Israeli line, it’s obvious that Barack Obama likes it a whole lot less. So the likelihood is a stalemate: The Israelis won’t do anything about the West Bank, and the Americans won’t do anything about Iran.
But if Middle East politics are thus frozen, technology is not — and so the nuclear magma is flowing, first through North Korea and soon, undoubtedly, through Iran. Under the headline, “World War III has started,” Eitan Haber, a former aide to Yitzhak Rabin, wrote recently, “One needs to be deaf, blind, and an idiot at this time in order not to understand that the nuclear bomb tested in North Korea two days ago also exploded in the Prime Minister’s Office in Jerusalem.”
Furthermore Haber added:

The North Koreans blatantly disregarded the Americans and publically presented them as a meaningless power, yet officials in Jerusalem are still reciting the “Road Map” and making note of the evacuation of some minor West Bank outpost. The world is changing before our eyes, yet here we see Knesset members earnestly explaining that the Americans will agree that we stay in Judea and Samaria if we only evacuate some tin shacks.

Media Alerts on GM and Obama’s Middle East Adventure & Homage to POA’s “Jake”
In Japan, Izu Definitely Not in Same Groove as Obama

60 comments on “Guest Note from James Pinkerton: America Needs a Defense that Defends”