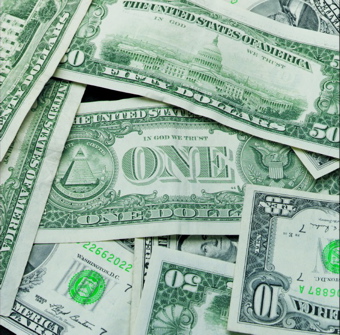 As TWN readers know, I have been on a lot of international travel lately — to Beijing, Mumbain, Tokyo, Berlin, London, Brussels, and Tel Aviv. In all of these places, I met angry and frustrated finance ministry bureaucrats, central bankers, retail bankers, investment bankers, and other fund managers.
All of them had a single message that rang a bit like the US accusing China of shipping out poisoned pet food and lead-paint covered toys. They said American regulators failed. “You exported poisoned financial products.”
Most Americans have no idea how low American prestige had fallen in the world before the financial crisis — but for the mother ship of modern day capitalism to fail so badly in managing the social contract between economic stakeholders and the finance industry is yet another enormous blow to America’s ability to compel other nations to do as we do, or as we want.

William Pfaff has a piece in this spirit out today. From “Adam Smith Betrayed“:

Adam Smith was the author of the theory of the invisible hand that guides unregulated markets to produce the optimum result, but he took for granted that the hand was clean. Today’s securities markets cannot be described as expressing the unsullied result of a mass of rational individual decisions on the best interests of corporate and public society. Smith’s model has broken down.
The Nobel Prize in Economics has been won by analyses of how flawed or idiosyncratic the “rationality” of consumers, sales organizations, entrepreneurs, CEOs, and corporate boards really is.
Even so theoretically reliable sources of business rationality as avarice and personal self-advancement can assume counterproductive forms. The private rationality of a business executive, or government official, may dictate a quick trip to Washington to rendezvous with a call-girl in whom he already has an $80,000 investment, rather than attend a meeting on the uses of a new investment instrument he finds impossible to understand. The lack of optimum economic rationality in market decisions is well known, the insiders’ joke.
The head of the Deutsche Bank AG, Josef Ackermann, well known as a true believer in the autonomy and efficiency of markets, came back from a trip to New York last week to tell a gathering at the Swiss consulate in Frankfurt, “I no longer believe in the self-correcting nature of markets. It pains me to say something like this.”

Paul Krugman has much to add in his own diagnosis of our times — suggesting that the bank runs that followed the 1929 market crash are what really destroyed the American economy — a successive set of waves of mistrust in the financial system.
In an economic forecast event for the University of Chicago Graduate School of Business that I spoke at along with CSIS Senior Associate Edward Luttwak, venture capitalist and former Richard Nixon advisor Fred Malek, and ACON Investments Founder Bernard Aronson — Luttwak said grimly that there is no regulatory path out of today’s financial mess that would have long term impact.
Luttwak said that instead of reactive regulation what would make a difference is the image of bankers and regulators jumping off of tall buildings.
We live in fascinating times.
— Steve Clemons