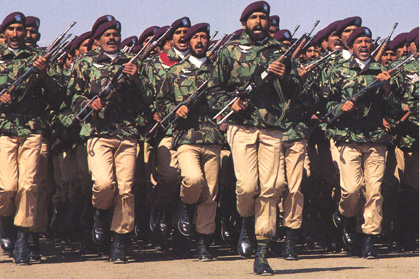 My friend and New America Foundation colleague Nicholas Schmidle has just published an extensive profile of Pakistan President Asif Ali Zardari titled “The Black Widower“.
The piece got me thinking about what a successful strategic shift in our eroding situation in Pakistan and Afghanistan would look like. I’m not convinced Zardari matters in the overall equation of achieving a strategic shift in the future.
While most realists — even Bob Gates — have been saying that there is no military solution to the AfPak problem, it seems that most of what is being deployed there are military approaches, including the deployment of a new 17,000 U.S. troops — this before the “strategic review” that Obama has requested has been completed.
A former top strategic adviser to an American president told me that our engagement in Afghanistan has more complexity than the Soviet invasion, which didn’t set one combat foot into Pakistan. He told me that ultimately the U.S. has a very, very difficult choice to make in Pakistan regarding Afghanistan, its regional neighbors, and our other allies.
He said that one possible way to stabilize both countries is to make a deal with the devil and engineer a very strong, close military alliance with the Pakistan military and its intelligence operation. That means we choose Pakistan over its other regional rivals — and that we cede Afghanistan to satellite status under Pakistan.
The implications of this course would be profound and potentially disrupt our improving relationship with India. I haven’t thought through other implications of this strategy and am not convinced such a plan would even work.
But what is missing in much of our discussion about the AfPak mess is a discussion of serious alternatives and a clear-headed comparison of hard choice scenarios.
This may be one of them.
— Steve Clemons

43 comments on “Changing the Course in Afghanistan and Pakistan”