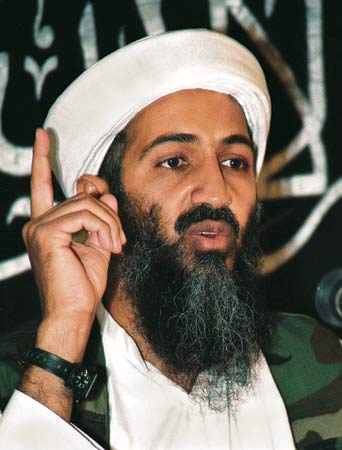 Does anyone even remember that this was supposed to be about Osama bin Laden? How did we get into a full on war with the Taliban and thus in the middle of an Afghan Civil War in which neither side likes us much?
The Obama administration has made a major mistake in allowing a sleight-of-hand shift in its overall framing of challenges in Afghanistan.
Rather than focusing on al Qaeda and Arab jihadists as “the threat” the US is trying to quash, the Taliban now seems to be the overwhelming focus.
The Taliban and al Qaeda are now used interchangeably — and frankly, we are hearing the words “al Qaeda” less and less. We now seem to be fully at war with the Taliban — a now huge indigenous group embedded in Afghan society.
Is America’s objective to quash al Qaeda? If so, then it would seem that there are many ways other than full scale war with the Taliban to possibly achieve that objective.
Is it to annihilate the Taliban? to contain the Taliban? If so, what are the compelling national security reasons to do so? The case has not been clearly made. What is the alternative if this goal is not reachable?
And is Karzai — the likely winner of the Afghan elections fraudulent or not — a friend or foe? How does our relationship with him fit with any of the other objectives above? Or is our goal in Afghanistan a functioning ballotocracy of corruption-free elections?
One really can’t tell what our overall goal is at this point — and the calls by some, like Brian Vogt at Across the Aisle, that we not do Afghanistan “on the cheap” make little sense when we ought not to be neck deep in problems of this sort without knowing why we are there and what constitutes failure and success.
Afghanistan, like Iraq, is sending the impression to the rest of the world that America is at a “limit” point in its military and power capabilities. This prompts allies not to count on us as much as they did previously and prompts foes to move their agendas.
Limits are very, very, very bad in the great power game — and Afghanistan is yet again, an exposer of monumental limits on American power.
— Steve Clemons