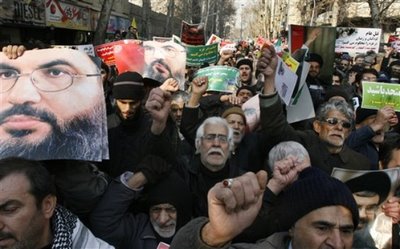 A little over year ago after Paul Wolfowitz’s unceremonious departure from the World Bank, the newly appointed head of the World Bank, Bob Zoellick, went on a “listening tour” both as a symbolic gesture to the world to repair damaged relations with investors, but also to gather real “intelligence” of sorts on the needs and demands of the institution’s global stakeholders.
But listening, as a tactic, also has direct applications for national security and counterterrorism. Last week Sen. Russ Feingold highlighted the critical role for civilians in open source intelligence gathering to fill significant gaps:

The problem is our deficits in information collection, as well as reporting and analysis. By “information,” I mean not just intelligence gathered clandestinely, but also information obtained through diplomatic reporting and all the overt channels through which our government learns about the world. Inside and outside the Intelligence Community, our government has failed to coordinate information collection across different departments and agencies…
Appearing before the Senate Select Committee on Intelligence, Michael Leiter, Director of the United States National Counterterrorism Center, specifically noted that “much of the information about the instability that can lead to safe havens or ideological radicalization comes not from covert collection but from open collection, best done by Foreign Service officers.” The problem is that it is not in the power of Mr. Leiter, or anyone in the Intelligence Community, to make sure that there are enough Foreign Service officers, in the right places, with the right resources.

In a similar vein, Fred Hiatt is supporting such a venture in Iran by opening a US interests section in Tehran, both to advance US narratives in the region but also to gather valuable information through a as a “listening post” to better read the Tehran street (like the scene pictured above). Some others like my colleague David Weinberg came to support roughly the same proposal a year ago.
Nevertheless, the more this idea gains purchase, the better to repair our intelligence deficits in the short term and rebrand a civilian face on American power in the long term. The militarization of American influence has been of increasing concern, especially to the Senate Foreign Relations Committee which raised a red flag on this under Sen. Lugar’s guidance in December of 2006.
Col. Lawrence Wilkerson (Ret.) recently critiqued this over-militarization of US foreign policy and, to counter the perception as well as substance of this, suggested promoting regional Assistant Secretaries of State to Under Secretaries effectively make them “proconsuls” in different regional theaters above the four star generals stationed in the unified combatant command.

In addition to opening more “listening posts” and promoting civilians above over military envoys, another simple approach to strengthen the diplomatic offensive agenda would be to announce a doubling of the state department in terms of its budget (between 5-8% of the defense department depending on whether you include supplemental) and personnel (fewer foreign service officers than the military has band members).
–Sameer Lalwani

Covert Ops in Iran — Back After 55 Years
Thoughts on Beijing

9 comments on “Redeploying American Power Through Listening, and Civilians”