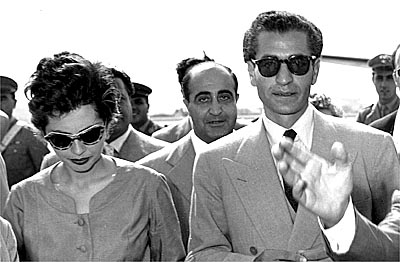 Washington is abuzz with Seymour Hersh’s recent investigative piece which describes how the administration has launched covert operations that could bleed into military operations and provoke wider conflict with Iran. These operations were approved just on the heels of the newly released December National Intelligence Estimate which concluded the Iranian nuclear weaponization threat to be less imminent than had previously been intimated.
The effective circumvention of Congress and continued expansion of Presidential powers is almost as worrisome as the myopic logic of the strategy. Despite the lessons of blowback from the Afghan jihad in the 1980s — the repercussions of which we are still grappling with today as New America Foundation Fellow Nicholas Schmidle discuss in his commentary on recent developments in Pakistan’s tribal belt — we’re ready to throw caution to the wind and arm a bevy of radical Salafist and fundamentalist Sunni groups.
Moreover, attacks by these scattered groups are more likely to consolidate the Iranian public behind Ahmadinejad and the mullahs, heighten their desire for an Iranian nuclear deterrent (as Jeffrey Lewis argues), and provoke them to turn up the temperature in Iraq and throughout the Middle East via the militias and terrorist networks they command. Worse still is what happens in the unlikely prospect they succeed in destabilizing the Iranian regime and we’re forced to again contend with the dangers of a power vacuum.
Both “the enemy of my enemy is my friend” tactics and Iranian regime-change efforts have been major strategic blunders in the past and will likely backfire again, especially if they artificially manufacture a flashpoint for a broader conflict with Iran. But then that is exactly what some might want.
— Sameer Lalwani

Progress and the Still-Uncertain Future of Iraq
Redeploying American Power Through Listening, and Civilians