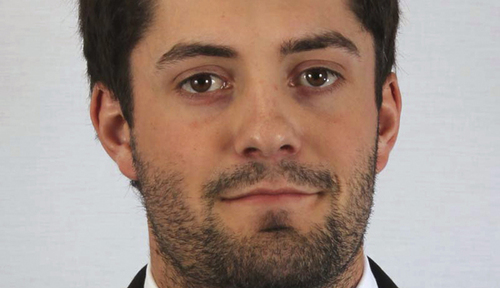 I have been greatly affected by sad news from Oklahoma today, another case of a victim of gun violence that deserves as much attention and public concern as the more grisly mass slayings we have heard so much about and which still have not produced progress on gun control.

In the latest incident, Australian student Christopher Lane was killed while visiting his girlfriend in Duncan, Oklahoma.  The young college baseball player, studying in the United States at East Central University in Ada, Oklahoma, was allegedly shot and killed by three juveniles, one of whom confessed to the police saying “We were bored and didn’t have anything to do, so we decided to kill somebody.”

My friend and former head of the Obama White House’s Office of Personnel and Management John Berry was just sworn in as the new US Ambassador to Australia, and I can’t imagine a more difficult task than meeting with the parents and family of Christopher Lane and apologizing for the idiocy and delinquency of these young thugs. (The new Ambassador Berry should make it a priority to meet these parents.)

I also happen to love Oklahoma and identify Bartlesville, Oklahoma as my family home.  Bartlesville is in a different quarter of the state than Ada and Duncan — but still there are too many disengaged youth and too many politicians there who support rampant gun proliferation over any other state priorities. This kind of murder in Oklahoma is not rare, and until the state moves more decidedly toward trying to prioritize building “healthy communities” that shun violence and provide opportunities for youth, the state deserves to be knocked down a few notches in terms of its status as a haven for new job-creating investments.  There are a lot of Australian firms in the strategic energy arena — and it wouldn’t surprise me if firms considering Oklahoma decided to move elsewhere.

Senator Joe Manchin (D-WV) continues to work hard behind the scenes in delivering on a sensible step forward on gun control.  He’s a gun owner big time — loves to hunt and believes in protecting his family — and he’s been talking to Republicans offline to try and get them to step forward, as they should, on sensible background checks (though Manchin and Senator Pat Toomey‘s bill does not establish a national register for these checks).

I really like Senator Tom Coburn (R-OK) on a number of fronts.  He’s hard core conservative but he’s got a brain and is not an ideologue.  I respect him.  I have more trouble with his US Senate colleague, Jim Inhofe (R-OK), who managed to ask during Defense Secretary confirmation hearings whether Senator Chuck Hagel was an agent of Iranian interests. But that aside, these are generally smart, mostly principled political leaders.

They should be stepping forward after this sad murder of a promising, young student who had chosen their state to invest his time and aspirations in and get behind the Manchin-Toomey effort.

Last week, I was in Bartlesville and Tulsa, Oklahoma.  I saw signs everywhere for a coming major gun show and was reminded by one of Tom Coburn’s friends that “his best friend in Oklahoma” owns those gun shows and is rabidly opposed to any form of gun constraints, even anything as innocuous and as sensible as background checks.

Tom Coburn should step up.  He has the capacity to do so.  This murder of a young man in Oklahoma deserves his response.  Other teens in the state who have easy access to guns should learn from Coburn and hopefully Inhofe that this incident harms them, harms the state, and harms America in the eyes of not only Australians but many others around the world.

— Steve Clemons is editor at large of The Atlantic where this post first appeared. Clemons also publishes The Washington Note and is founder of and senior fellow at the New America Foundation’s American Strategy Program.