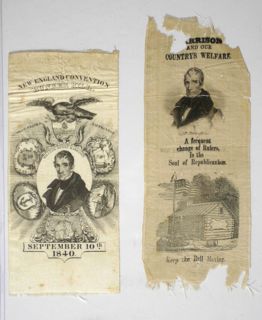 Barack Obama and Hillary Rodham Clinton struggling against each other for every superdelegate, every pending state primary, every vote is the best thing America has had going for it in some time on the “global public diplomacy” front.
John McCain’s subtle flirtation with vice presidential possibilities ranging from his former rival Mitt Romney to Mike Huckabee to Michael Bloomberg to Condoleezza Rice — among others — has caught the attention of people in Mumbai, Jakarta, Rio, Riyadh, Beijing, Damascus, and far more.
The world is seeing Americans struggle about who U.S. citizens want in the White House. There is no stacked deck, no automatic succession, no heir apparent — and this political experience of dramatic uncertainty and the pairing of an elder pro-Iraq War POW torture-victim turned leading Senator vs. either the first African-American or female candidate has the feel of a presidential election of a life-time — the kind that won’t be forgotten for a century.
Anyone remember Mondale-Reagan? I didn’t think so. . .
Neither Hillary Clinton nor Barack Obama can win the Democratic primary through pledged delegates. Now, superdelegates and the candidate’s nuanced strengths and weaknesses in the eyes of party elders could show those around the world another dimension of America’s electoral system that few — even in America — get to see.
The race should go all the way to the Convention.
Dem leaders like Pelosi, Harry Reid, and Howard Dean should stop trying to end the process. Let it go to its conclusion — and let’s turn the process into something really magnificent to see in its fullest. . . kind of like a total solar eclipse. Totality.
Do the entire thing.
The world is watching, learning. And American popularity in the eyes of global citizens watching us is surging because of the excitement and uncertainty of this fascinating election.
— Steve Clemons

99 comments on “The World is Watching and Wants More: Clinton-Obama Race Should Go All the Way”