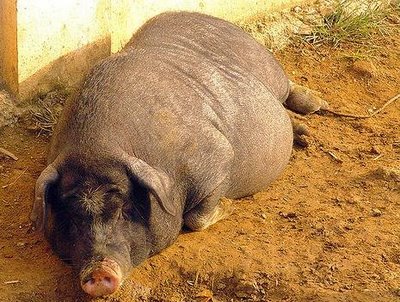 Word has leaked out that going into his “trilateral” with Palestine President Mahmoud Abbas and Israel Prime Minister Benjamin Netanyahu, President Obama was flustered and upset with their lack of progress with each other.
Obama is — angry — in a somewhat cool-headed Obamaesque way.
He just chastised both in his statement — saying that neither side had done enough to move final status negotiations forward.
What is clear is well is that Barack Obama did not get the settlement freeze he called for from Netanyahu.
Via excellent reporting from Laura Rozen, here is a clip of President Obama’s statement:

I have just concluded frank and productive bilateral meetings with both Prime Minister Netanyahu and President Abbas. And I want to thank them both for appearing here today. I am now looking forward to this opportunity to hold the first meeting among the three of us since we took office.
As I said throughout my campaign and at the beginning of my administration, the United States is committed to a just, lasting and comprehensive peace in the Middle East. That includes a settlement of the Israeli-Palestinian conflict that results in two states, Israel and Palestine, in which both the Israeli people and the Palestinian people can live in peace and security and realize their aspirations for a better life for their children.
That is why my Secretary of State Hillary Clinton and my Special Envoy George Mitchell have worked tirelessly to create the context for permanent status negotiations. And we have made progress since I took office in January and since Israelis — Israel’s government took office in April. But we still have much further to go.
Palestinians have strengthened their efforts on security, but they need to do more to stop incitement and to move forward with negotiations. Israelis have facilitated greater freedom of movement for the Palestinians and have discussed important steps to restrain settlement activity. But they need to translate these discussions into real action on this and other issues. And it remains important for the Arab states to take concrete steps to promote peace.
Simply put it is past time to talk about starting negotiations — it is time to move forward. It is time to show the flexibility and common sense and sense of compromise that’s necessary to achieve our goals. Permanent status negotiations must begin and begin soon. And more importantly, we must give those negotiations the opportunity to succeed.
And so my message to these two leaders is clear. Despite all the obstacles, despite all the history, despite all the mistrust, we have to find a way forward. We have to summon the will to break the deadlock that has trapped generations of Israelis and Palestinians in an endless cycle of conflict and suffering. We cannot continue the same pattern of taking tentative steps forward and then stepping back. Success depends on all sides acting with a sense of urgency. And that is why I have asked Secretary Clinton and Senator Mitchell to carry forward the work that we do here today.
Senator Mitchell will meet with the Israeli and Palestinian negotiators next week. I’ve asked the Prime Minister and the President to continue these intensive discussions by sending their teams back to Washington next week. And I’ve asked the Secretary of State to report to me on the status of these negotiations in mid-October.
All of us know this will not be easy. But we are here today because it is the right thing to do. I look forward to speaking with my colleagues. I’m committed to pressing ahead in the weeks and months and years to come, because it is absolutely critical that we get this issue resolved. It’s not just critical for the Israelis and the Palestinians, it’s critical for the world, it is in the interests of the United State. And we are going to work as hard as necessary to accomplish our goals. Thanks.

Barack Obama must have hated making this statement.
It shows that despite all their efforts, his team has not moved the game forward, and he really doesn’t like putting lipstick on a pig.
— Steve Clemons

29 comments on “Putting Lipstick on a Middle East Pig”