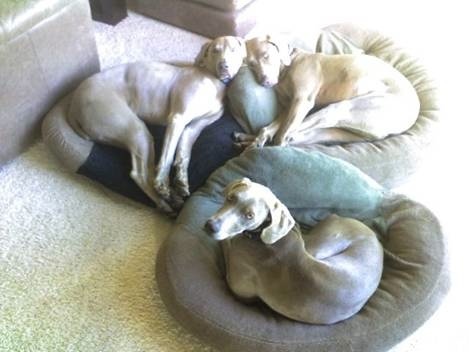 Meet Buddy, the newest in the clan. Buddy on the left, cuddling with his new brother, Oakley the Amazing Weimaraner.
Little Annie girl is in the foreground.
— Steve Clemons

Blogging at Columbus Circle: Candide’s Flawed Assault on Hope
Miliband, China, and the World Without the West