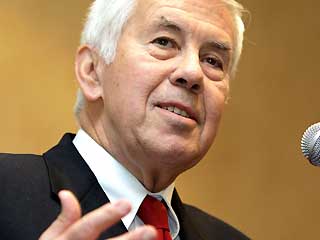 “The debate [over U.S. sanctions on Cuba] is important because it has implications for security interests in the Straits of Florida, broader U.S.- Latin American relations, and global perceptions of U.S. foreign policy. Despite uncertainty about Cuba’s mid-term political future, it is clear that the recent leadership changes have created an opportunity for the United States to reevaluate a complex relationship marked by misunderstanding, suspicion, and open hostility.
“Economic sanctions are a legitimate tool of U.S. foreign policy and they have sometimes achieved their aims, as in the case of apartheid in South Africa. After 47 years, however, the unilateral embargo on Cuba has failed to achieve its stated purpose of ‘bringing democracy to the Cuban people,’ while it may have been used as a foil by the regime to demand further sacrifices from Cuba’s impoverished population. The current U.S. policy has many passionate defenders, and their criticism of the Castro regime is justified. Nevertheless, we must recognize the ineffectiveness of our current policy and deal with the Cuban regime in a way that enhances U.S. interests.”

4 comments on “MEDIA ALERT: NPR’s All Things Considered on ‘A New Pivot in US-Cuba Relations’”