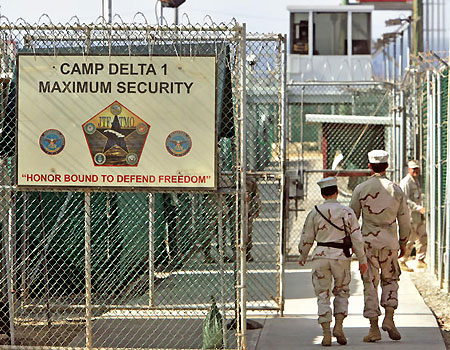 Patrick Doherty directs the New America Foundation/U.S.-Cuba 21st Century Policy Initiative.
I encourage everyone to read Julia Sweig’s latest article that is coming out this weekend in the Outlook section of the Washington Post.
Julia, the diva of Latin America policy, has been visiting Cuba for more than 25 years (which of course makes her first trip at the tender age of four) and knows the people and the policies better than just about anyone in this town.
In this piece, entitled, “Give Guantanamo Back to Cuba”, Julia sets her sights on the U.S. military base that is now synonymous with torture but which for the last 50 years has been the location of the most frequent and meaningful official engagement between the United States and Cuba.
At the invitation of the U.S. Southern Command Commander, Admiral James Stavridis, Julia went down to, as she writes, see what was happening at the base beyond the detainee facility (which she visited as well) and begin to imagine what might be possible with this extraordinary piece of property.
President Obama, of course, has promised to close Guantanamo’s detainee facility by January of next year. What will happen to the base? Sweig thinks it’s a good place to create a new hemispheric public health institution–a great idea made all the more relevant with the current outbreak of swine flu.
Will it happen any time soon? Don’t hold your breath. But with serious people like Admiral Stavridis’ predecessor General Barry McCaffrey calling for an outright end to the embargo, it may happen sooner than you think.
— Patrick Doherty

Bush Administration’s Dark Side: Torturing a Clerk
The Brits Tortured Too