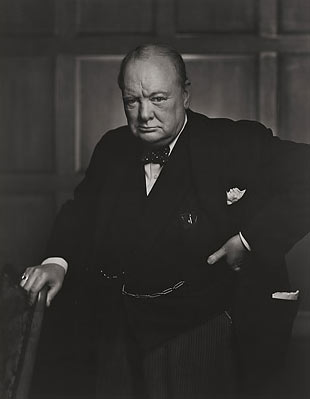 Barack Obama’s press conference last night punctuating the ritualistic 100-day review of new presidencies showed this President at his best I think — thoughtful, human, willing to take quite a roster of questions, and well. . .wonky.
But Guardian US editor at large Michael Tomasky found a pretty significant error in Obama’s commentary last night. It’s always sort of exciting to be able to correct a President.
I had this chance when listening to Barack Obama’s Inaugural Address and heard:
Forty-four Americans have now taken the presidential oath.
Well, because Grover Cleveland gave the oath twice, there were really just 43 Americans. It interests me that this historical inaccuracy will live forever in Obama’s inaugural text — and there seems like there is nothing one can do about it.
But Tomasky’s catch is far more significant.
Obama recounted how he had read that even at the height of the blitz, British Prime Minister Winston Churchill refused to allow German prisoners to be tortured.
Well, Tomasky counters with the facts. Regrettably and sadly, even the Brits tortured.
When reality punctures the myths we hope are true, it’s not really something to be too glad about — particularly in this case.
— Steve Clemons

32 comments on “The Brits Tortured Too”