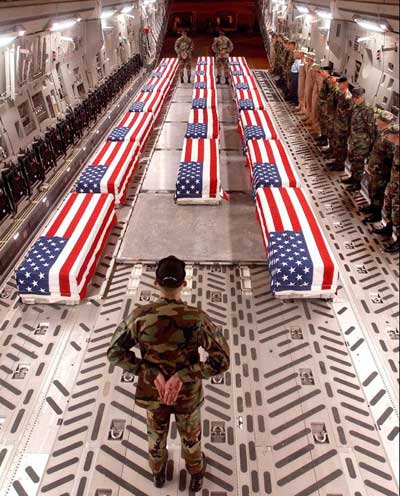 There is a dark truth in the national security establishment. Generals, intelligence directors, national security advisors, and the President prepare themselves to make judgments that may cost American lives. Part of their world involves very tough choices and occasional tragedies.
But none of these would ever say that they were “delighted” sending Americans to their death, even if a greater good was accomplished and a major policy objective secured. 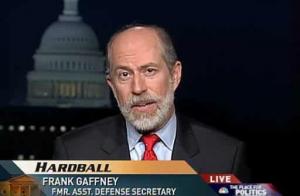 And yet that is exactly what Frank Gaffney said on MSNBC’s Hardball tonight. . .Unbelievable.
From a transcript posted at Crooks and Liars (the video is also available at this site):

MATTHEWS: You guys sold the war as a nuclear threat to the United States. You sold every trick you could to get us into this war. And now you’re backpedaling. And I do find it astounding….four thousand people are dead because of the way you feel and, Frank Gaffney, you’re wrong about this.
GAFFNEY: It is regrettable that they had to die, but I believe they did have to die. The danger was inaction could have resulted in the death of a great many more Americans than 4,000. And that’s the reason I’m still delighted that we did what we did.

Autopia, Highly Compressed Garbage, and Bailouts
Mystery Person: Who Did Obama Drop Off a Few Blocks From His House?

31 comments on “Frank Gaffney: Regret and Delight at the Necessary Death of Americans. . .”