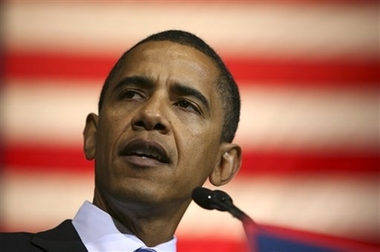 I think it’s terrific that Barack Obama went abroad to connect with leaders and some people in Europe and the Middle East. I think he should have gone to Brussels — but I can certainly embrace that he emphasized ‘engagement’ with this trip.
But besides skipping Europe’s institutional heart, his speech in Berlin had a few lines that were disappointingly absent from his remarks in Israel — where he spent more than 30 hours while spending just an hour or so in Ramallah.
He said today in Berlin:

Had he given those remarks in Israel, at any of the checkpoints that have been added since the Annapolis process began, or at the large divididing wall Israel has constructed, or just about anywhere frankly in Israel or Palestine — it would have been a “game-changing speech.”
John F. Kennedy’s famous “Ich bin Berliner” remarks in the same city were brave, original, impactful. Obama’s speech had high points and deserves applause — but it’s ultimately forgettable because he failed to deliver the most important lines where they most mattered.
One can’t be about hope, no walls, and leap-frogging into a different reality than the mess we have today when there’s no pressure and nothing on the line. What matters is whether or not that message is as resonant in the context of controversial issues where tough decisons and heavy-lifting are needed.
I will be discussing Obama’s fascinating European and Middle East journey with Amy Goodman tomorrow morning (Friday) on Democracy Now! some time after 7:45 am EST.
— Steve Clemons