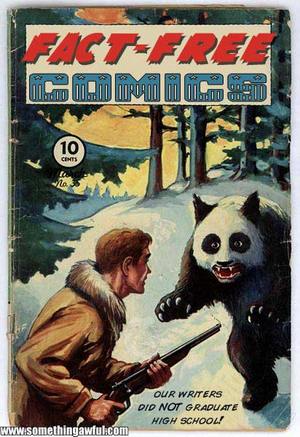 Thank you, Dan Froomkin. Froomkin writes at the Washington Post‘s “White House Watch” and also at Nieman Watchdog.
Froomkin captured something I have been feeling but haven’t quite articulated in a post he sent me last night.
He suggests we have entered a period politically when facts just don’t matter anymore, at least to a large enough part of the public that the reality-based community seems like a shrinking minority.
But I like the alternative framing that Froomkin suggests as a way to measure a candidate’s views and positions. This is all very Scowcroftian, with a twist of Hagel, and I like it:

~ Call this the Bush Memorial Question: How reality-based is the candidate? Does he acknowledge unpleasant realities? Does he think he makes his own reality, and that asserting something that isn’t true will sort of make it true? Does he hold many beliefs – say, about Iraq or the economy – that most objective observers would say are not realistic?
~Does the candidate say things that the people covering him know he doesn’t believe? For instance, is it obvious to everyone in the traveling press corps that he is repeating a line his speechwriters or pollsters have written for him, even though he knows full well it’s not true.
~Is the candidate exposed to dissenting views – either in public or within his campaign? Does he encourage dissenting views? How hard does the campaign work to keep dissenters out of his way?
~Is the candidate ever willing to try to make his case in front of people who don’t already agree with him? Is he willing to engage them? Does he tailor his speeches to specific audiences in order so that they will like what they hear? Or so that they will open their minds to views they may not initially share?
~How does he respond to people who don’t share his views? Does he dismiss them? Does he try to persuade them? Does he listen?

Why Not Count Refueling Stops?
What Books on America Has Sarah Palin Read?

43 comments on “When Facts Don’t Matter, What Do You Do?”