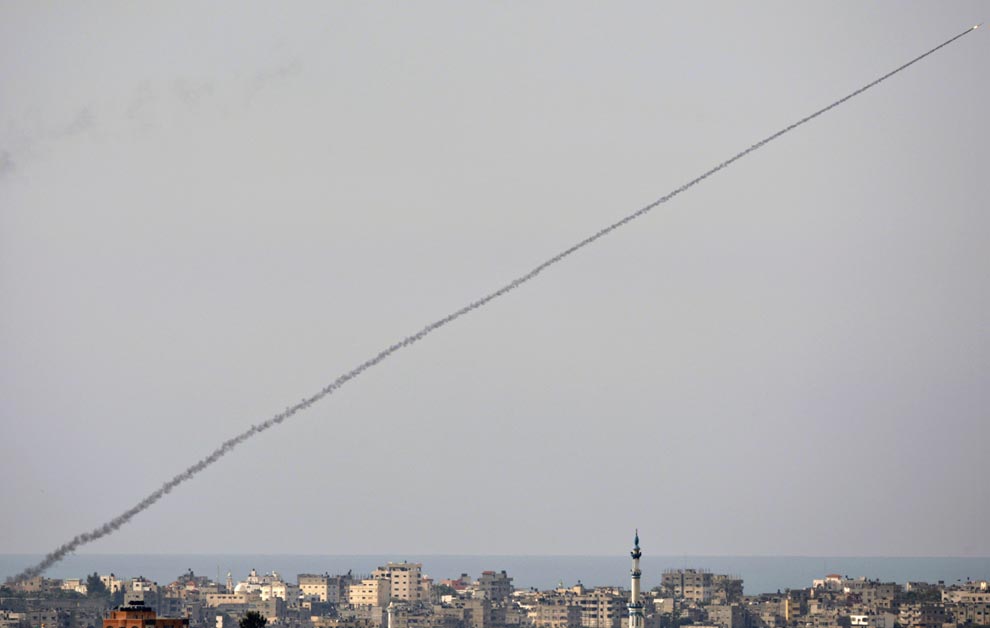 This is a guest note by Edward Delman, content coordinator at AtlanticLIVE, the events division of The Atlantic.

For over three weeks now, the third iteration of the Israeli-Hamas conflict has played out in the bomb shelters of Tel Aviv, in the rubble of Gaza, and on the television screens and Facebook newsfeeds of the world. As of this writing, the 72-hour ceasefire has ended without a long-term deal being reached in Cairo, and limited hostilities have resumed. The apparent lack of an overriding Israeli grand strategy – the primary objective continues to be merely “achieving quiet” and a return to the status quo ante – means that the future remains dangerously uncertain.

What is certain, though, is the extent to which this conflict has forced policymakers and Middle-East watchers to question long-held assumptions. For one, the discovery of an extensive tunnel network between Gaza and Israel, built by Hamas, has severely shaken the credibility of Israeli military intelligence. Even more shocking is a potential link between the tunnels and a terrorist attack that would have devastated southern Israel later this year. Israel’s failure to either recognize or appropriately address this danger casts serious doubt on Israeli capabilities to combat far more existential threats – an Iranian nuclear threat chief among them.

Equally significant is the dramatic shift that has taken place in the alliance structure of the Middle East since the Arab Spring. Saudi Arabia, for instance, has been the Palestinians’ most influential interlocutor since the Mandate period. The combination of the Arab Spring and the potential resurgence of Iran, though, has pushed the Sunni Arab nations into a tacit alliance with Israel. Hence, as noted by The New York Times, the deafening silence from much of the Arab world about the current conflict. Egypt’s inability to play the honest broker and Saudi Arabia’s silence on Israel’s assault are crucial elements in the present conflict’s longevity, and they make the political calculus in the region even more complicated than before.

The past three weeks have prompted longer-term reevaluations as well. In a recent post from this past week, George Friedman of Stratfor argued that Israel is more secure at present than it has ever been. He connects this to the Palestinian conflict by stating, “Israel does not think that it can reach an accommodation with the Palestinians that would guarantee Israeli national security…the Israeli strategy is to maintain its power at a maximum level and use what influence it has to prevent the emergence of new threats.”

If this is truly Israel’s grand strategy, it is a flawed one. Israel is safer than it has ever been, but not due to any action on its own part. As Friedman notes, Israel’s usually hostile neighbors are either in turmoil or are on the defensive against the wave of political Islam that was unleashed in the Arab Spring. These circumstances can, and will, change, though, and Israel will no more have the ability to influence them than it has had over the past seven decades of its existence. Instead, it is imperative that the Israeli government have the wisdom to understand which security conditions are in its control, and have the courage and foresight to act upon that wisdom. I write primarily about two courses of action – a mutual defense treaty with the United States, and the two-state solution.

A U.S.-Israeli mutual defense treaty is a tough sell in both countries. For the United States, it would entail a permanent commitment to defense in a region that it is desperately attempting to retreat from. For Israel, it would mean far less freedom of action and, most likely, the end of U.S. aid. Despite these mutual disadvantages, the benefits of such a treaty – increased coordination, a permanent security guarantee, decreased taxpayer spending on foreign aid – would make the U.S.-Israel security relationship far more sustainable than at present.

An equally tough sell for the Israelis is the long-sought two-state solution. Plenty of idealism surrounds the idea of the two-state solution – so much so, in fact, that a bifurcation has begun to emerge between those who advocate for that course without considering the immense difficulties associated with the implementation of Palestinian sovereignty, and those who disregard the peace process and its resolution as a fool’s errand. However, the necessity of establishing a Palestinian state becomes apparent once one considers the alternatives.

The first alternative is the maintenance of the status quo. As Israel’s foreign minister, Avigdor Lieberman, has already said himself, that option is untenable. Lieberman also mentions as an option the defeat of Hamas. Regardless of the logistical difficulties of such a feat, which would necessitate a reoccupation of Gaza and vast amounts of blood and treasure on both sides, destroying Hamas would neither address the legitimate grievances of the Palestinian population nor prevent the emergence of an even more radical group to fill the power vacuum.

The third alternative, which I’ve mentioned in previous writings, is the gradual annexation of the West Bank and the Palestinian population and the transformation of Israel into either a binational democratic state or a Jewish non-democratic state. The former would lack the essential Jewish character that is the bedrock of the Zionist dream, and the latter would be the apartheid state that many already, albeit incorrectly, accuse Israel of being. Neither is a future that either Israelis or Palestinians would welcome, barring those on the fringe of society.

A real Israeli grand strategy – one that relies on conditions within Israel’s control and which provides best for Israel’s future security – must rest on the two-state solution. As Jeffrey Goldberg of The Atlantic wrote last week, “…moving the West Bank toward eventual independence…would not only give Palestinians hope, but it would convince Israel’s sometimes-ambivalent friends that it truly seeks peace, and that it treats extremists differently than it treats moderates.” Hamas, Islamic Jihad, and all of Israel’s other enemies derive the majority of their legitimacy from Israel’s continuing unwillingness to constructively work with the Palestinian Authority towards peace. If Israel were able to prove to its neighbors, its international partners, and the Palestinian people that there is a reward for non-violence and a light at the end of the tunnel, it would drastically reduce the effectiveness of Hamas’s narrative and help carve out a more credible platform for itself on the international stage.

In the end, Israel is a small country with few levers of influence. Its greatest strategic assets, apart from its military, are its economically and intellectually vibrant population and its strong relationship with the United States. Israel’s current path puts both assets in danger with the threat of international isolation. Both a U.S.-Israeli mutual defense treaty and a two-state solution present significant short-term risks for Israel, but they also point the way towards a future in which Israel’s strategic assets can be secured, and perhaps even expanded upon. It’s time for Israel to make that future a priority.

10 comments on “Guest Post: What is Israel’s Grand Strategy?”