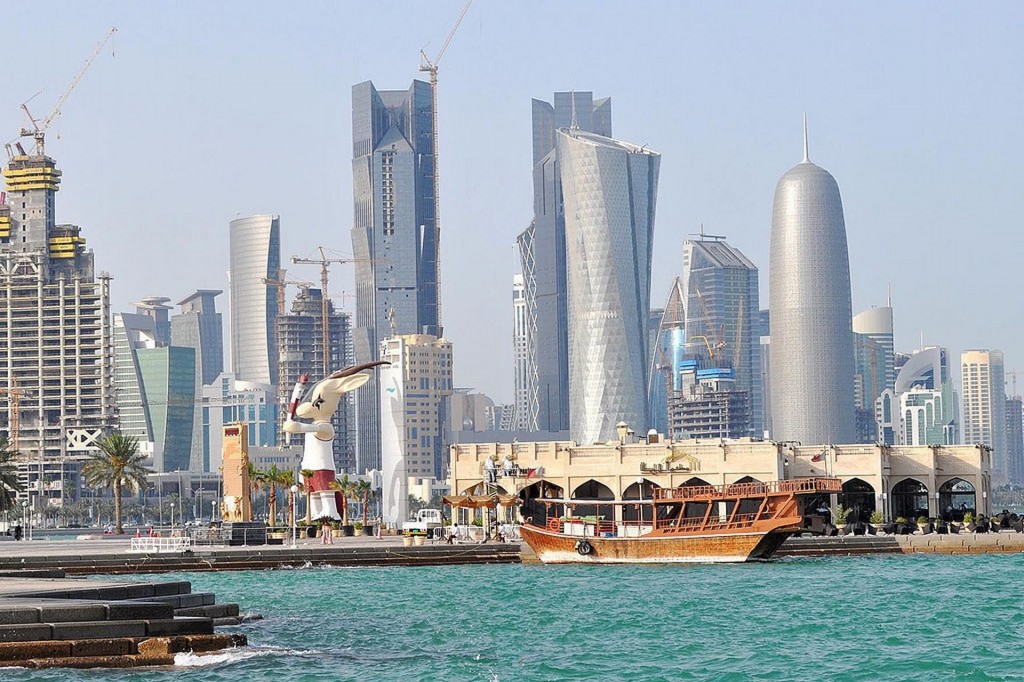 This is a guest note by Mike Holtzman.  Holtzman served in the US State Department under Colin Powell, as Director of Public Affairs at the Council on Foreign Relations, and as an advisor to Qatar’s 2022 World Cup Bid.

Today marks the first anniversary of the ascension of Sheikh Tamim bin Hamad Al Thani as Amir of the State of Qatar. While it has been a year of rapid growth and development for the tiny, oil-rich nation. it also has been a year of heated controversy.

The speed, scale, and scope of development in Qatar are remarkable, even by regional standards. In the 19 years since the Amir’s father, Sheikh Hamad Al Thani, took power, the nation has been physically transformed, a glittering skyline rising above swaths of land reclaimed from beneath the Arabian Gulf. Western universities, advanced medical and research projects, renowned museums and cultural facilities, and the region’s first free and independent news media—Al Jazeera—are among the many institutions conceived into reality by the progressive ruling family.In the year since the new Amir came to power, an unprecedented number of women have been appointed to Ministerial and senior diplomatic positions.

A great emphasis has been placed on increasing transparency and eliminating the duplication of resources. Qatar’s ambitious – and at times kinetic – foreign policy has refocused on its role of regional arbiter and peacemaker. And unfair labour practices, embedded in the archaic Kafala system, are being phased out in a spate of reforms brought about by Qatar’s hosting of the 2022 FIFA World Cup.

But the country’s comeuppance has been no less startling. The past year has been a veritable open season on Qatar, with escalating criticism coming from its Gulf neighbors, Egypt, the United Kingdom and media outlets the world over. By all appearances, much of this vitriol reflects less on Qatar than on those casting the aspersions. Qatar is widely regarded as an upstart, challenging the economic might and political supremacy of other long-established players in the region and beyond.

Most of the criticism, particularly in the UK, has focused on Qatar’s campaign to win the right to host the 2022 FIFA World Cup. England was thwarted in its efforts to host the 2018 tournament in a joint bidding process with 2022. The decision has not sat well in the self-proclaimed ‘home of football’ – albeit one that has not presided over the event since 1966 – feeding a blizzard of criticism about the conduct of Qatar’s bid in the hope perhaps that a revote will fall in the UK’s favour.

The criticism is prejudicial—coming as FIFA investigates the probity of the entire 2018 and 2022 bidding processes —and undermines Qatar’s historic achievement of being the first Arab nation to host the greatest tournament in the world, an opportunity to promote peace through sport if ever there was one.

Yet, on a regional level, peace seems as elusive as ever.

And the contrast between Qatar’s peaceful transition of June 25 2013 and the overthrow of the Egyptian President just one week later could scarcely be more stark. The ramifications of Mohamed Morsi’s unseating continue to be felt, signaling a sea change in attitudes towards Qatar from its regional neighbours.

Al Jazeera has been singled out for particular condemnation, with critics insinuating that its coverage has fueled the rise of the Muslim Brotherhood in post-Mubarak politics. Yet the same network received praise from all quarters in the early days of the Arab Spring for giving a voice to the masses on the streets, challenging long-entrenched dictators and autocrats, breaking the monopolies on information they held, and belying the long-held but misguided notion of a quiescent Arab public silent in the face of exploitation by their rulers.

The backlash against Al Jazeera has had particularly worrisome implications, as three of its journalists were sentenced this week to stiff prison terms for “aiding” the now outlawed but once overwhelmingly popular government.

What’s more, Saudi Arabia, along with Bahrain and the UAE, withdrew their Ambassadors from Qatar earlier this year in response to the perception that Qatar was supporting “rogue” actors in Egypt and elsewhere in the region.

Yet, a matter of months earlier, the new Amir’s first official foreign trip encompassed a tour of GCC countries where he stressed the unbreakable fraternal bonds linking the Gulf nations. These high ideals appear to have been temporarily shaken, but few doubt that relations will be repaired in the fullness of time.

It is less clear, however, whether the historic bonds between Qatar and the UK will eventually lead to détente with a hostile British media, seemingly intent on accentuating the negative and ignoring the positive.

Clearly a country that has developed as fast as Qatar is going to make mistakes along the way. It is neither the panacea nor the pariah some have made it out to be. Nor should it be. Like any other nation, Qatar faces a multitude of challenges. But the new Amir has signaled his determination to confront these challenges head-on as he continues plotting a careful path toward long-term progress, both at home and abroad. For this reason alone, on the occasion of his first anniversary, he deserves considerable credit.