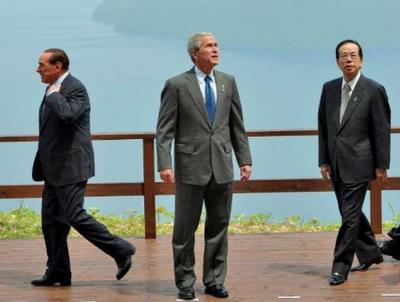 While traveling in Turkey last month, it occurred to me that a little empathy would go a long way toward repairing the United States’ relationships with both our traditional allies in Europe and with states such as China, Russia, and Iran with which we have some substantially divergent interests. I am not talking about compassion or kindness, but realist foreign policy decision-making based on a sophisticated understanding of other countries’ unique strategic calculuses.
Empathy might seem like a foreign concept to policy practitioners used to thinking in terms of the harsh realities of an anarchic international system characterized by realpolitick, the pursuit of self-interest, and ruthless competition. However, the importance of empathy, properly understood as “the capacity to recognize or understand another’s state of mind or emotion,” flows logically from the centrality of self-interest to power politics.
Executing an empathetic foreign policy means both appreciating other countries’ perspectives and understanding how our words and deeds affect their behaviors. In other words, empathy must be part of both our foreign policy development and our approach.
The Bush administration’s greatest failure to empathize in the Turkish context was its inability to appreciate that even a successful overthrow of the Baathist regime in Iraq was likely to result in greater autonomy for Iraqi Kurds and instability along Turkey’s southeastern border. It was this fact, rather than anti-Americanism or weak knees, that was the decisive factor in the Turkish parliament’s decision on March 1, 2003 to prohibit U.S. forces from using its territory to open a northern front against Saddam.
We also need to understand that the manner in which we engage with other states matters. For example, when I met with Republican People’s Party (CHP) second-in-command Onur Oymen, he emphasized the need for Turkey and the United States to “think together.” That way, even when we cannot agree, we will understand.
Too often, U.S. policy under the Bush administration has been characterized by what former Ambassador to Turkey Mark Parris has termed “exploitative myopia,” meaning that we only talk to other countries when we need something from them (Iraq war, Russia-Georgia war in the case of Turkey). But a true strategic partnership is more than just a functional relationship during times of crisis. We need to nurture our global partnerships and remain aware of other countries’ unique sets of interests, constraints, ambitions, and fears.
Incoming Secretary of Commerce Bill Richardson seems to get this. He said last year with regard to Iran that, “In my dealings with North Korea, and with other hard-line governments around the world, I have learned that a basic level of respect for – and understanding of – your adversary is crucial for agreements to be reached…we need to recognize [Iran’s] national pride and its own perceptions of threats to its security.”
I hope that the rest of Obama’s team is on the same page.
–Ben Katcher

The View on My Walk: Thoughts on Corruption
Off to Paris and about to Read “A New Era”

25 comments on “We Need a Realist, Empathetic Foreign Policy”