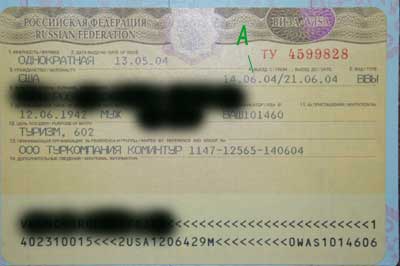 No big surprise, but it turns out that many countries really don’t like having to jump through so many hoops in order to apply for a U.S. visa. In 2003, a consular officer in Moscow told me that when the Russian duo t.A.T.u. applied for a visa, they were asked to sing for the staff to verify their identities.
Another consular officer recounted a story about a national champion youth martial arts team applying for visas to go to the U.S. to compete in an international tournament. The officer cleared out the room and forced the team to perform in order to demonstrate that they were who they said they were. One child, who had broken his leg in the national competition, couldn’t participate in the demonstration. His visa application was denied, the consular officer told me proudly.

These are just two of many stories that illustrate America’s cold-hearted approach to consular affairs. While I appreciate the need for increased scrutiny in visa applications, I am disgusted by the callousness of this approach and the damage it is surely doing to our public diplomacy efforts.
To illustrate their displeasure, many countries are bumping up their respective visa application fees to match what we charge. Three of four countries on my upcoming trip are asking $131 to apply (Kyrgyzstan is the outlier). This is, I imagine, having the desired effect: it’s putting a dent in my wallet and reminding me how difficult we’ve made it for most foreign nationals, who lack even the financial security that I have as a young professional/student, to visit the U.S.
The honor of “most intimidating visa application,” however, goes to Russia. Russia asks applicants to list all countries visited in the past ten years and the dates of each visit, their last three places of employment, all educational institutions attended, and “specialized skills.” But question 31 is the real whopper:

List all professional, civil and charity organizations which you are (were) a member of, or contribute (contributed) to, or work (worked) with.

Ouch. That question took me about a half hour to answer. And given my past encounters with FSB agents and my work in 2003 for the Moscow Helsinki Group, Russia’s oldest and most routinely harassed human rights organization, I was genuinely surprised to receive the visa. Glass half-full, I suppose — for now.
Here’s a prediction: the next version of Russia’s visa application will inquire about involvement with blogs and new media. More than a few times, I’ve been warned by my friends in Russia that my candor on this blog might get me into hot water if I someday visit. Wish me safe travels, my friends…
— Scott Paul

Bolton: Israel Should Negotiate With Iran
May We Never Confuse Honest Dissent with Disloyal Subversion