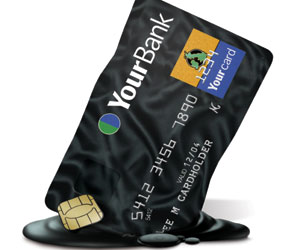 I’ve been more than a bit irritated by Vice President Cheney’s recent comment that no one saw the financial crisis coming.
In response, Zachary Karabell has a very interesting essay on Robert Shiller and his prescience not only about the financial crisis but the character and drivers of that meltdown.
Karabell writes:

Robert Shiller is one of a handful of economists who have been feted for foreseeing the credit crisis, but he is the only one who predicted it for the right reasons. New York University’s Nouriel Roubini, now known as “Dr. Doom,” warned as early as 2006 of an imminent housing crash that would stop America’s consumer-spending spree and lead to severe recession. Another uber-bear, Morgan Stanley’s Stephen Roach, had warned for years that the weakening dollar and the U.S. trade deficit with China were signs of a dangerously imbalanced global economy, doomed to fall. While both deserve credit for highlighting weaknesses that others ignored, neither had much to say about the real reasons for the current state of affairs, namely the vast amount of speculation that took place in the financial world linked to home mortgages.
Shiller did. Long before the extent of the subprime-mortgage crisis was evident, Shiller anticipated that home prices would fall more rapidly than any models had predicted and that financial markets globally would be upended as a result. A specialist in the management of risk, he recognized that the real-estate bubble in the United States and parts of Europe represented, above all, a failure to manage risk. Now Shiller, a Yale professor who first made his name by accurately forecasting the stock-market collapse of 2001, is alone again, this time in his prescription for what needs to be done to stabilize credit markets in the future.
Most experts will tell you that Barack Obama needs to move quickly to contain the multitrillion-dollar market that turned low-quality mortgages into high-priced derivatives, the Wall Street innovation now widely blamed for the credit crisis. Shiller says the opposite. He argues that unless the central issue of risk is addressed, all the money that governments are pouring into financial rescues won’t prevent another, potentially worse financial crisis down the line. In Shiller’s view, derivatives “are a risk management tool much the same way insurance is. You pay a premium and if an event happens, you get a payment.” His radical answer to our problems is that trying to leash financial innovation is hopeless, and that we should instead push forward into a brave new world where derivatives become as common as cash.

The whole article is interesting, but I would also add any number of others who foresaw a big shock on its way — particularly economist Dean Baker, who was a one-man Cassandra about the American housing bubble, George Soros, Clyde Prestowitz, Ken Rogoff (yep, he was worried and was advising John McCain), and Joseph Stiglitz.
And there are probably a lot of others.
— Steve Clemons

Defending Condi: Olmert Shames Himself in Kick-in-the-Teeth Attack on Rice
Another Day to Vote. . .