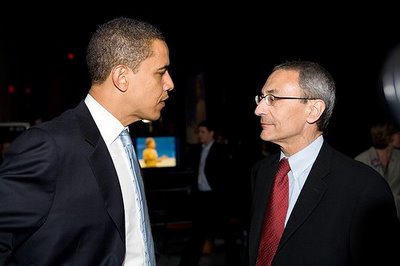 Now I know why John Podesta is so unique — and how and why skillful princes use him. . .
New America Foundation/American Strategy Program research associate Sameer Lalwani and TWN blogger sent this to me this morning:

The search for an impartial and neutral tool to mitigate the disruptive effect of factionalism was an important feature of political life in Italian city republics.
As Waley (1991) maintains, the political scene in medieval Italy was characterized by factionalism fueled by intense competition for political office. The citizens were driven by an ardent desire to obtain the “honors and benefits” of office (Manin 1995).
To overcome factional strife, most Italian communes adopted the institution of podesta, a foreigner endowed with judicial and administrative powers.
The podesta was usually hired for a year and played the role of military leader, judge, and administrator. An important attribute of the podesta was that he had to be a foreigner so that he could be neutral to the internal “discords and conspiracies” (Waley 1991, 37).
— from Wantchekon, Leonard, “The Paradox of “Warlord” Democracy: A Theoretical Investigation,” American Political Science Review, Volume 98

John Podesta did an outstanding job leading the Obama transition team and is now back to heading the Center for American Progress. But I have no doubt he’ll be called on again when factionalism around President Obama becomes dangerously heated.
— Steve Clemons

7 comments on “The Role of Podesta”