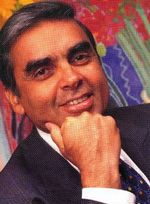 Kishore Mahbubani and G. John Ikenberry may not know it — but they are squaring off to be the new top tier rival powerhouse intellectual combatants.
They each basically stand at the forefront of rival intellectual movements about the relative relevance of American power in the world — Mahbubani heading the school that the West is in self-denial about its plummeting significance and Ikenberry heading those who think American power remains palpably larger than any other player and is still the key factor in driving international behavior for all other countries.
Mahbubani, who now serves as Dean of the Lee Kuan Yew School of Public Policy at the National University of Singapore and was previously Singapore’s Ambassador to the United Nations, has authored the new book, The New Asian Hemisphere: The Irresistible Shift of Global Power to the East.
There are many others engaged in this debate including this blogger — but on the roster are Michael Lind, Parag Khanna, Fareed Zakaria, Richard Haass, Matthew Yglesias, Steven Weber, Bruce Jentleson, Charles Kupchan, Peter Trubowitz, Anne-Marie Slaughter, Anthony Lake, and a long list of others who either are thinking through the consequences of a “diminished America” and what that means for world affairs — or a resurgent America who still stands out as the key sculptor of global trends and builder of international arrangements. 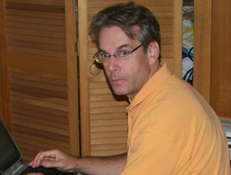 G. John Ikenberry is at Princeton University — and would be my choice to follow in the footsteps of the intimidatingly smart Jessica Tuchman Mathews at the Carnegie Endowment for International Peace (if she one day moves). Carnegie is a unique place that tries to work through what I call the “horizontal issues” like non-proliferation, climate change, transnational disease, and other major international problems that aren’t easily siloed into regional study or classic security programs. Ikenberry and Mathews are these type of horizontal issue thinkers who nonetheless have disciplined minds and don’t chase their tales in circles like many in the emerging global justice community. Nonetheless, for all his brilliance, I think Ikenberry overstates American power in his recent work, though I see many strengths in his concept of a “liberal leviathan” arrangement between the U.S. and the international order.
Mahbubani, in contrast, sees no leviathan in the U.S. at all. In a recent Foreign Affairs article titled “The Case Against the West,” he writes:

There is a fundamental flaw in the West’s strategic thinking. In all its analyses of global challenges, the West assumes that it is the source of the solutions to the world’s key problems. In fact, however, the West is also a major source of these problems. Unless key Western policymakers learn to understand and deal with this reality, the world is headed for an even more troubled phase.
The West is understandably reluctant to accept that the era of its domination is ending and that the Asian century has come. No civilization cedes power easily, and the West’s resistance to giving up control of key global institutions and processes is natural. Yet the West is engaging in an extraordinary act of self-deception by believing that it is open to change. In fact, the West has become the most powerful force preventing the emergence of a new wave of history, clinging to its privileged position in key global forums, such as the UN Security Council, the International Monetary Fund, the World Bank, and the G-8 (the group of highly industrialized states), and refusing to contemplate how the West will have to adjust to the Asian century.
Partly as a result of its growing insecurity, the West has also become increasingly incompetent in its handling of key global problems. Many Western commentators can readily identify specific failures, such as the Bush administration’s botched invasion and occupation of Iraq. But few can see that this reflects a deeper structural problem: the West’s inability to see that the world has entered a new era.

I could see a strange compromise between the two positions actually — one in which the U.S. basically maintains a heavy load of power instruments or tools because the world decides it wants America to have them — and in exchange America accedes to the rise of China and Asia and to new organizing methodologies and institutions in Asia. Think of a more slow and gradual evolution along the lines of how Britain handed off power to the U.S. just before and after World War II.
Ikenberry might argue that such a “negotiated” arrangement might maintain an edge for American power in many key arenas — and that the East Asian establishment might acquiesce to this arrangement in order to consolidate and manage internal problems within its own reginal sphere of concern, within China itself and between culturally and historically disparate peoples in separate states around the Asian rim.
In any case, it’s a fascinating ‘possible’ battle, sort of along the lines of the famous rivalries between Lester Thurow and Paul Krugman, or Francis Fukuyama and Charles Krauthammer. But it is a battle that has not yet broken out — but it is one that I want to see in any case.
I’ll call on G. John Ikenberry if he would like to share with us his views of Mahbubani’s dismissal of the West. Ikenberry might want to respond to others as well like Parag Khanna’s view that the U.S. is now one of three nodes of power — next to Europe and China — competing for the affection and support of other nations and regions which he calls the “second world” or Steven Weber and Bruce Jentleson’s work that describes a global international future in which America is sidelined and mostly irrelevant.
The door is open for response from Ikenberry and others on his team thinking about America and international order.
For those in DC, I will be hosting Kishore Mahbubani for a talk at the New America Foundation today in Washington, DC at 3:30 pm. The talk will be taped and posted later on New America’s website.
— Steve Clemons

Note to Bostonians
Note to People Meeting with the Candidates. . .

39 comments on “The Next Fault Line in Foreign Policy Combat: “The U.S. Matters” vs. “No, It Really Doesn’t””