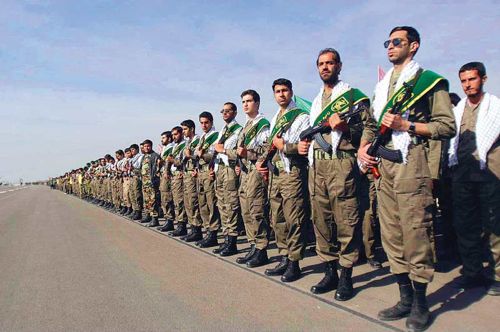 One of my colleagues at the New America Foundation’s Global Strategic Finance Initiative, Douglas Rediker, received this note from a friend abroad. It’s illuminating as to how a well-connected Iranian internationalist who has been in Tehran during much of the post-election unrest sees matters now. To protect Rediker’s source, I can’t make references about where he is today.
The email:

As of yesterday the options facing the country were well summarised by Simon Tisdall and Ellie Rose in The Guardian:

1 – Happy ending
To widespread surprise, the hardline Guardian Council conducts a thorough recount of votes, as ordered by Supreme Leader Ali Khamenei, and decides, amid much embarrassment, that there should be a new election. Mir Hossein Mousavi wins. Mahmoud Ahmadinejad accepts defeat. Pro-democracy demonstrators celebrate triumph of “green revolution”. New government responds positively to US invitation to “unclench fist” and open talks on nuclear issue.
2 – Damp squib
The partial recount ordered by the Supreme Leader concludes Ahmadinejad won a clear victory, although by a narrower margin. Despite lingering suspicions of foul play, the opposition is forced to accept the verdict amid a continuing nationwide crackdown on dissent and warnings that further disorder will be dealt with harshly. Ahmadinejad, in bad odour with the Supreme Leader for provoking demonstrators, moderates his line on policy issues. Mousavi vows to fight again.
3 – Confrontation
The Guardian Council’s partial vote recount and investigation into electoral fraud are rejected by the opposition. Demonstrations spread and intensify, with ever greater numbers of Iranians taking to the streets calling for the resignation of Khamenei and Ahmadinejad. Security forces respond with increasing force, arresting thousands and closing down media coverage, texting networks, websites and Twitter. Purge of reformist leaders, intellectuals, students and journalists continues. Leaderless demos gradually peter out, leaving resentment. Ahmadinejad steps up anti-western rhetoric. Resumed protests at a later date considered highly likely.
4 – A second revolution
An insider cabal of senior clerical and establishment conservatives challenges Khamenei and forces his resignation after a vote in the Assembly of Experts. Former president Hashemi Rafsanjani is elected in his stead and orders an investigation into the actions of Ahmadinejad and other senior members of the regime. Hardliners rally round the president while reformists demand new elections. Amid growing instability, Iran’s unique Islamic/secular system of governance appears in danger of collapse”.

As of Mr. Khameneni’s speech today it seems that (1) above is no longer an option. For everything that Mousavi has publically announced option (2) also seems unlikely.
Unfortunately for everything I know, it now seems its either (3) or (4).
By the way, two nights ago I went out to see a few things … as the general crowds spread into their homes militia style Mousavi supporters were out on the streets ‘Basiji hunting’.
Their resolve is no less than these thugs — they after hunting them down. They use their phones, their childhood friends, their intimate knowledge of their districts and neighbours to plan their attacks — they’re organised and they’re supported by their community so they have little fear. They create the havoc they’re after, ambush the thugs, use their Cocktail Molotovs, disperse and re-assemble elsewhere and then start again – and the door of every house is open to them as safe harbour — they’re community-connected.
The Basiji’s are not.
These are not the students in the dorms, they’re the street young — they know the ways better than most thugs – and these young, a surprising number of them girls, are becoming more agile in their ways as each night passes on.
Also, with $10K every local police station lock can be broken and guns taken out…the police too are crowd friendly…for sure put a gun in their hands and these young become a serious counter-balance to the Basij…call them 10% of 18-22 year olds – that makes circa 10 million around the country versus max 4 million Basijis.
For all I’ve seen, discussed and observed on the ground I wouldn’t dismiss option (4) too easily.

I hope Mousavi has thought through strategy and next steps. Where his protesters have come to was predictable up to a point.
What is the unpredictable thing he may do to change the board?
— Steve Clemons

Saturday in Tehran
Can All of This Be Stuffed Back?

99 comments on “The Four Iran Scenarios and “Basiji Hunting””