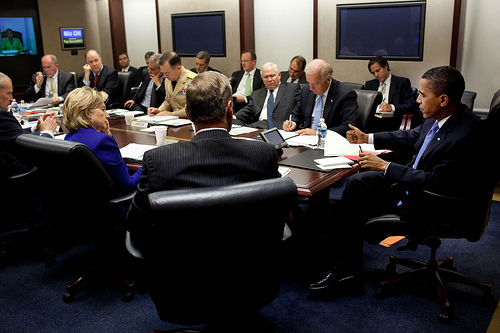 Center for a New American Security Senior Fellow Robert Kaplan has an excellent op-ed in today’s New York Times that offers a balanced assessment of the regional and great power dimensions of the United States’ involvement in Afghanistan.
As Steve Clemons and Steve Coll have noted in recent weeks, the debate over what strategy to pursue in Afghanistan is not simply a choice about the future of our involvement in that country, but a much broader question about the future of South Asia, which has major implications for all of the world’s major powers.
He points out that China and Russia are essentially free-riding on the stability and economic benefits that the United States’ military involvement in Afghanistan brings.
From the article:

In Afghanistan, American and Chinese interests converge. By exploiting Afghanistan’s metal and mineral reserves, China can provide thousands of Afghans with jobs, thus generating tax revenues to help stabilize a tottering Kabul government. Just as America has a vision of a modestly stable Afghanistan that will no longer be a haven for extremists, China has a vision of Afghanistan as a secure conduit for roads and energy pipelines that will bring natural resources from the Indian Ocean and elsewhere. So if America defeats Al Qaeda and the irreconcilable elements of the Taliban, China’s geopolitical position will be enhanced.
This is not a paradox, since China need not be our future adversary. Indeed, combining forces with China in Afghanistan might even improve the relationship between Washington and Beijing. The problem is that while America is sacrificing its blood and treasure, the Chinese will reap the benefits. The whole direction of America’s military and diplomatic effort is toward an exit strategy, whereas the Chinese hope to stay and profit.

Kaplan questions the wisdom of a sustained military involvement and warns that “this is exactly how an empire declines, by allowing others to take advantage of its own exertions.”
(Photo Credit: White House Photostream)
— Ben Katcher

41 comments on “Robert Kaplan on the Regional Dimensions of Afghanistan”