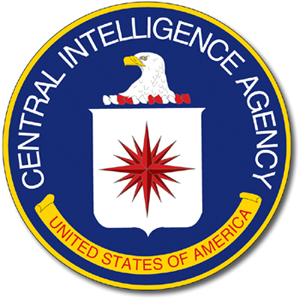 Many writers and thinkers have had late nights and early mornings in the past few days, owing to the release yesterday of the 2004 CIA Inspector General’s report. In particular, The Washington Independent’s Spencer Ackerman has given the report careful coverage on his blog and in the paper itself, while Andrew Sullivan’s blog has been a great source for aggregated insight from different bloggers and journalists. The Washington Post and the New York Times both also have important articles on the report.
Much of the coverage thus-far has focused on the more lurid aspects of the report–abuses, specific techniques used, and the deaths of detainees in American custody. I do not wish to wade into the debate over what may or may not constitute torture, or what level of brutality can be designated illegal. Instead, I would simply like to point readers to the list of “acceptable” interrogation techniques, and encourage them to make up their own mind.
Moreover, while it may be surprising that one high-value detainee (almost certainly Khalid Sheikh Mohammed) was kept without sleep for 180 hours, the report holds few revelations about techniques or tactics used to obtain information.
Rather, other elements of the report concerned me as I read in between the redactions. In particular, the report sketches the picture of an environment where unclear or non-existent guidelines and enforcement of regulations allowed abuses to occur, as portrayed in Alex Gibney’s Oscar-winning documentary Taxi to the Dark Side.
While it is unsurprising that large sections of the report are blacked-out, it is worth pointing out which sections of the report do not appear. For instance, the report’s author(s) state that the Directorate of Operations (DO) handbook explains the CIA’s “general interrogation policy.” Yet this policy is redacted, in full.
The report’s authors also take care to point out several times that, while CIA interrogation procedures and facilities are not required to conform to American prison standards, the CIA was required to provide basic medical care and keep detainees in generally good health. Unfortunately, the released report does not allow us to evaluate the actual medical guidelines used by CIA-employed doctors and interrogators. Similarly, guidelines for the capture of detainees and the specific training given to interrogators are blacked out in the text. And the entire recommendations section is gone.
These are only a few examples, but the redaction of whole sections like these prevents us from evaluating what baseline guidance was given to CIA operatives in the field, and makes it impossible to draw definitive conclusions on how policy-makers defined acceptable tactics and conditions for interrogation. And as Time’s Michael Sherer points out, the report admits that at least initially, the guidance and staffing for interrogation programs was severely lacking.
More importantly, key decisions regarding the treatment of prisoners were made on the basis of vague guidelines that left room for major interpretation on the part of agents on the ground. For instance, several times the report’s authors note that by law torture was defined as the inflicting of “severe” pain and suffering upon a detainee. But I saw no adequate definition in the report of what constitutes severe mental or physical anguish, ignoring the fact that each person has a different threshold for suffering that must be evaluated by observers and officials.
Furthermore, as Scherer and others have noted, this subjective judgement, as well as a simple lack of information, directly led to the employment of “Enhanced Interrogation Techniques,” or EITs, against high-value detainees Khalid Sheikh Mohammed, Abu Zubaydah and Abd al-Rahim al Nashiri.
The report’s authors write, for instance, that al Nashiri gave information on other terrorists during the first day of interrogations, but was still waterboarded on the twelfth day, presumably because interrogators felt he was withholding information. Later, after interrogators deemed al Nashiri compliant in December 2002, a seperate operative believed him to be withholding information and subjected him to “hooding and handcuffing.” Similarly, even after the team that had been interrogating Abu Zubaydah deemed him compliant, an unidentified operative believed that Zubaydah was holding back, and “generated substantial pressure from Headquarters to continue use of the EITs.” After the application of the EIT, the DO determined that Zubaydah had nothing more to offer.
But how did various operatives come to these conclusions about the extent of information held by captured terrorists? From the report’s conclusion:

Agency officers report that reliance on analytical assessments that were unsupported by credible intelligence may have resulted in the application of EITs without justification. Some participants in the Program, particularly field interrogators, judge that…assessments to the effect that detainees are withholding information are not always supported by an objective evaluation of available information and the evaluation of the interrogators but are too heavily based, instead, on presumptions of what the individual might or should know.

Thus, in important interrogations, decisions about harsh practices were made at times based not on those actually interrogating suspects, but on unsupported feelings and suspicions.
I do not wish, in analyzing this report, to shortchange the immense pressure placed on interrogators and the officials above them to produce intelligence against terrorist leaders and networks. Nor would I downplay the strain induced by the post-9/11 fear of another attack, and the subsequent drive to protect against it.
But the report is vague about whether or not harsh techniques actually produced actionable intelligence (as opposed to normal techniques), and it seems clear that the push to gain information overwhelmed the need to ensure accuracy and compliance with the laws governing the way American agents operate abroad.
It may be painful to read documents such as this, but it is necessary. On the one hand, we must be able to evaluate the most effective ways to glean intelligence, and understand what techniques cause more harm then good, whether in the form of false intelligence or damage to America’s image abroad. But more importantly, we must know why there was so little guidance of CIA interrogation operations, at least until 2003, and how much senior leadership knew about interrogations where men, no matter their crime, were made to suffer greatly for what at times seems more like caprice than reason.
— Andrew Lebovich

Mourning for Ted Kennedy
The View from My Window: Pomerol’s Vineyards and More