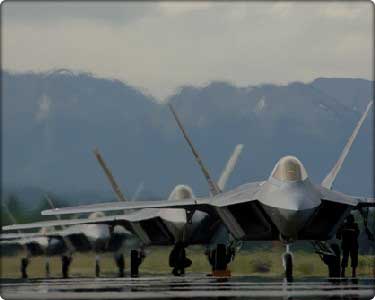 I have my doubts whether Obama can simultaneously pull off any kind of serious reform of the military services while also trying to engineer a few “Nixon Goes to China” moments in our national security policies.
He needs the generals and admirals to help him achieve strategic change — and doesn’t want to fight them right now on their internal arrangements and spending. In fact, during the campaign, Obama supports an increase in the size of the military by 92,000 soldiers.

But in this long but fascinating piece, Chalmers Johnson argues that the Pentagon is facing a major production and spending crisis that demands some tough judgment calls.
Chalmers Johnson opens the piece with this:

Like much of the rest of the world, Americans know that the United States automotive industry is in the grips of what may be a fatal decline. Unless it receives emergency financing and undergoes significant reform, it is undoubtedly headed for the graveyard in which many American industries are already buried, including those that made televisions and other consumer electronics, many types of scientific and medical equipment, machine tools, textiles and much earth-moving equipment – and that’s to name only the most obvious candidates.
They all lost their competitiveness to newly emerging economies that were able to outpace them in innovative design, price, quality, service and fuel economy, among other things.
A similar, if far less well known, crisis exists when it comes to the military-industrial complex. That crisis has its roots in the deceitful practices that have long characterized the high command of the armed forces, civilian executives of the armaments industries, and Congressional opportunists looking for pork-barrel projects, defense installations for their districts, or even bribes for votes.
Given our economic crisis, the estimated trillion dollars we spend each year on the military and its weaponry is simply unsustainable. Even if present fiscal constraints no longer existed, we would still have misspent too much of our tax revenues on too few, overly expensive, overly complex weapons systems that leave us ill-prepared to defend the country in a real military emergency. We face a double crisis at the Pentagon: we can no longer afford the pretense of being the Earth’s sole superpower, and we cannot afford to perpetuate a system in which the military-industrial complex makes its fortune off inferior, poorly designed weapons.