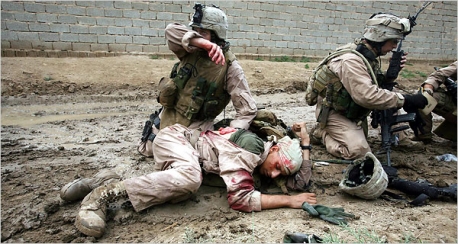 I think it was too bad that we cut off International Military Education and Training (IMET) for so many years [with Pakistan]. We didn’t have the opportunity to train these younger officers. We have a specific problem, which is the Pashtun area and the frontier area, the sanctuary for Al-Qaeda. We have to deal with it, but we have to be very prudent so as not to galvanize Pakistani politics into irrational anti-Americanism, some of the makings of which are already underway.
To the extent that we have to act, we should act discreetly and avoid publicizing what happens. My guess is if we do that, the Pakistanis in power will see their interest is also in not publicizing it. But if we start boasting, as we are lately, we will make it increasingly impossible for any Pakistani government to accept our actions.
Public emotions will surface. The army may be resentful. And then the consequences are unpredictable. We can probably handle the problem in Afghanistan for quite a while, since we still have some residual sympathy from the help we gave the Afghans against the Soviets. But if the turmoil in Afghanistan spills over into Pakistan, I think we’ll be faced with an altogether unmanageable situation. Unmanageable if we get more involved and bogged down, and unmanageable if we abruptly terminate and leave. (empasis added)
So I would say prudence, prudence, prudence over again, and let the Pakistanis sort out their problems. Stop lecturing them on democracy, and be sensitive to their historical geopolitical interests. And emphasize that they have a kind of friend in Afghanistan, which gives them strategic depth vis-a-vis India. But at the same time, we should be careful not to make the Afghans think they’re going to be the satellites of Pakistan, which is a difficult game.
Beyond that I simply don’t advocate any political activism regarding Pakistan itself. (pp. 107-108)

I think that Brzezinski’s impressions of Afghanistan were accurate in April-May 2008 and prescient today. There probably was some residual sympathy among the population for the U.S. — but that now seems to be gone or has dramatically withered.

Former Bush administration State Department Policy Planning deputy director Kori Schake said as much in her contribution to a 5-part snapshot titled “How Not to Lose Afghanistan” that appeared in the New York Times today.
Schake, who used to advise both the Rudy Guiliani and John McCain presidential campaigns but was in my view a closeted realist in those camps, wrote:

More American troops isn’t enough to succeed in Afghanistan. What else needs doing depends on why you think the Taliban have gained ground in the past 18 months.
Is it because we have too few troops to hold areas that have been cleared of Taliban influence? Is it because Afghans are fundamentally sympathetic to Taliban aims? Or are Afghans so downtrodden from the terror and distrustful of American staying power they won’t stand up and help?

Schake is asking exactly the right question — which many advising Obama seem to not be investigating vigorously. Why are the Taliban succeeding so dramatically in the assessments of Afghans? And what has happened to the residual support that Brzezinski hoped would hold us over?
Unless we get that question right, Kori Schake is absolutely right that throwing more troops into the situation is wrong-headed and potentially counterproductive.
The Obama connected contributors to this piece offer depressingly dim visions of what a US policy course towards Afghanistan should be comprised of. 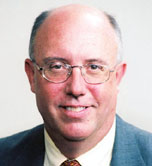 First, Brookings scholar and Obama transition team figure Bruce Riedel advocates in his contribution to the New York Times Afghanistan roundtable more troops and more roads — but mostly more troops. He barely touches anything beyond a troops-focused lens through which to approach Afghan stability.
Second, Center for A New American Security Senior Fellow John Nagl, famous for the understudy role he held working with General David Petraeus on counter-insurgency thinking and who is rumored to be among potential successors to Kurt Campbell and Michele Flournoy at CNAS (who are both becoming senior Obama administration officials), thinks we need to see force deployments upwards of 600,000 to make a real counter-insurgency effort work in Afghanistan.
Nagl and the entire CNAS team are deeply wired into Obama Land — and his primary focus in dealing with Afghanistan is militarily oriented — first a pumping up of US and NATO forces and a huge buildup of Afghanistan’s military. Virtually nothing else discussed.
The strongest critic of this approach, embraced by Obama’s advisers, is Andrew Exum, a soldier who served in Afghanistan in the US Army between 2002 and 2004. Exum is the author of This Man’s Army: A Soldier’s Story from the Frontlines of the War on Terrorism and edits the counter-insurgency blog Abu Muqawama.
Exum suggests that the absence of a coherent, multi-faceted strategy for stabilizing Afghanistan is quickly dooming the operation in the guts, minds, and hearts of European allies. He notes that few of our forces speak Dari or Pashto, which is undermining the effectiveness of our counter-insurgency efforts. And he says that given current trends, anything that might look like success in the long run may cost several thousand more American lives and another trillion dollars added to our long term bills. He appropriately asks whether the cost of that kind of “succeess” is worth it.
I would add that that would not be something I could ever define as “success.”
Kori Schake rejects the notion that more troops would be effective without attaching a benchmarkable plan to bolster governance in the country. She argues that poppy farms aren’t expanding in the conflict zones but rather in the areas of the country that are stable but corruption-ridden.
Schake seems reluctant to endorse any deal-making with the Taliban, which my colleague and Second World author Parag Khanna says will be necessary particularly given the Taliban’s deep social roots in Pashtun and Punjabi realities.
Khanna suggests the boldest vision for approaching Afghanistan: a focus on cross-border military management between Pakistan and Afghanistan which seems highly unlikely to me at this time — but at least is an interesting and novel suggestion. More importantly, Khanna appropriately depicts this as a double bubble problem. If one squeezes militants on one side of the border without dealing with the other, they’ll simply balloon to the less vigorously secured region.
Khanna states that we need provisional reconstruction on both sides of the border — with particular emphasis on hospitals, schools, roads and power generators. And he says we need the active support of the Chinese, Arabs and Turks in making any stabilization plan work.
Parag Khanna and Kori Schake — neither of whom is excessively close to the Obama team (though I just learned that Khanna did play a role under Riedel on South Asia policy) — seem to have the most interesting and compelling analyses and prescriptions of the Afghanistan problem.
Obama is running on a path in his stated Afghanistan policy that has very high risks for his presidency and for the nation. We need a new Bonn Conference — of the sort that former US Ambassador to the United Nations Zalmay Khalilzad and former Presidential Envoy James Dobbins pulled off which brought together the various powerful kingpins in the region — those allied with us and those not.
Dobbins has stated that the Afghan reconstruction and stabilization effort was the most comparatively under-resourced of all such US foreign policy efforts since before the Marshall Plan, and thus the challenge of a similar approach when trust has been eroded and America so badly underperformed makes the problem much worse today than in 2002.
But throwing more troops into this mess is the kind of mistake that the previous administration would make — and Obama needs to show that he has learned something of those mistakes we are not trying to move beyond.
— Steve Clemons