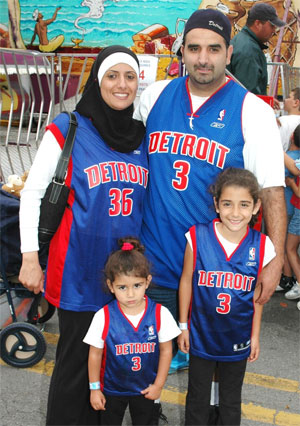 A couple of well-placed insiders have told me that US Ambassador to the United Nations Zalmay Khalilzad is going to make a quick split after the November 4th election. Some think he is going to position himself to run for the presidency of Afghanistan — which I sincerely hope he does not do. Others think he has lined up a financially lucrative perch at an investment house. The problem with the latter scenario is that I was informed by my sources of Khalizad’s departure agenda before the financial meltdown.
Khalilzad has been an effective and important successor to John Bolton at the UN on a number of levels, but one aspect of his service and identity that rarely gets attention is that he is the highest-ranking Muslim in the Bush administration.
America needs Arab-Americans and Muslim-Americans in positions of responsibility in our government — and not just dealing with Arab-American and Muslim issues. This is important as America needs to keep open the doors of civic opportunity to all Americans however hyphenated.
Yesterday, Justin Vogt of The New Yorker wrote a piece titled “Imagined Community” for the new Abu-Dhabi based The National. His article is one of the most serious and comprehensive discussions of the state of Arab-Americans in American politics I have read. I had a few quotes in the piece including the comment that “Both Muslims and Arab-Americans have been ill-treated in this political environment.”
But the reason to read it is that we do need the ‘likely’ Obama administration to immediately suspend its generalized phobia of most things Muslim and Arab. McCain and Palin have been trying to slander Obama for relationships with “questionable” Arabs and have through a variety of means allowing a whisper campaign that he may be “Muslim.”
I agree with Colin Powell. Why should it matter?! Muslims and Arab Americans are no less American than anyone else reading this blog — or reading RedState.org or listening to Fox and Friends in the morning.
Although, shame on Tom Ridge for jumping on the bandwagon of hysterical demonization and slander of Columbia University Rashid Khalidi and Barack Obama even though Ridge said on Fox’s show Tuesday morning that he knew nothing about Khalidi or what he had written or said — but that this showed Obama’s tendency to associate himself with terrorists and questionable people. That was outrageous.
Some of these Fox critics ought to dig into the founding entities of the Likud party in Israel and apply some historical objectivity.
— Steve Clemons