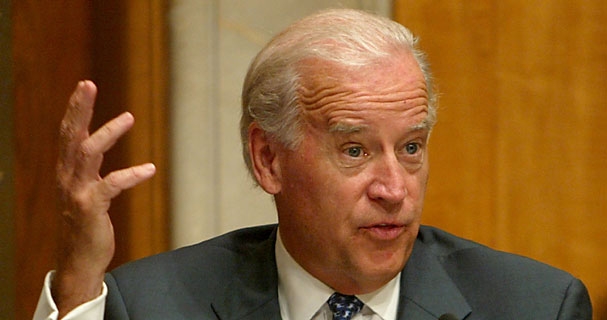 Joe Biden and a bipartisan group of US Senators including Lindsey Graham (R-SC), John Kerry (D-MA), Susan Collins (R-ME), and Jack Reed (D-RI) are leaving soon on the last CODEL (Congressional Delegation trip) that the soon-to-be-but-not-yet Vice President will make in his career as a Senator.
Biden and his delegation will travel to Iraq, Pakistan and Afghanistan – and the White House and Obama transition office has made clear that he is traveling there in his current capacity as Chairman of the Senate Foreign Relations Committee and not as the incoming Vice President.
Some protocol snobs at the Heritage Foundation and American Enterprise Institute are blasting the Vice President-elect for making this move. They suggest that any comment he makes on the trip will undermine the current “only one President at a time” mantra that Obama and Bush aides have been repeatedly issuing. They think Biden’s branding as Foreign Relations Committee Chair rather than VP is not only disingenuous but confusing to foreign leaders that the CODEL will be meeting.
This is silly. These Republican pranksters both inside the White House and out in think tanks are trying to pull with their Biden heckling the equivalent of taking the “W’s” off of typewriters as Bill Clinton’s outgoing team did to Bush – but targeting Biden instead of Obama.
Biden’s bipartisan trip of national security heavyweights in the US Senate is an important step in reestablishing some trust and common purpose in US foreign policy across party lines. This is vital and Biden is creating important outreach – as Obama has said he is doing to key Republicans – particularly Lindsey Graham who was a top tier player in John McCain’s campaign.
Secondly, one source familiar with the White House’s role in helping to facilitate the trip made clear that after January 20th, it could be 30-60 days before Biden or other senior officials could get to the chronically unstable countries of Iraq, Afghanistan and Pakistan. To hit the ground running, Biden and Obama felt it was vital to get as much real time information on the tectonic tensions in each of these fragile nations.
And that meant traveling there with the authority Biden has today – not what he will have after January 20th.
Afghanistan has devolved into a major cesspool of problems – and while many suggest throwing a few more military brigades into the mix – Biden and his South Asia focused Senate staff know that this is inadequate and will not change the incentives of key warlords. All of these Senators – and the Vice President-elect need to see and understand that just ratcheting up a military deployment probably will not help stabilize Afghanistan. I’m glad this team will get a first hand look at this worsening situation.
Pakistan and India have been flirting with the same potential tenor of escalation as dangerously happened in 2002 – and to call Pakistan’s political situation delicate is probably a vast overstatement. Biden and company should absolutely go there — no matter what hat he wants to wear.
And Iraq is still a mess and needs attention. One can see that “success in Iraq” looks less rosy from the view point that Iranian President Mahmoud Ahmadinejad can go to Iraq with his schedule released publicly weeks in advance while America’s visiting dignitaries move in secrecy.
Joe Biden is smartly using whatever tools he has at his disposal to be able to help the Obama team govern from day one – something fully consistent with the transition team’s objectives and something encouraged by President George W. Bush as well. Obama will need baseline assessments of the situation on the ground in these countries from experienced foreign policy hands who have the ability to move to these places NOW.
In fact, I have learned from one source that it was Obama’s national security team that conceived of this trip and its purpose – not Joe Biden. It makes great sense and deserves a salute both for the Foreign Relations Committee ownership of the trip – but also for its bipartisan group and the support from Bush’s team who has facilitated much for the CODEL.
So to my friends at Heritage and AEI, criticism is part of Washington’s healthy back and forth debates – but suggesting that Joe Biden and this group of Senators would confuse foreign leaders on who is boss until 20 January and thus muck up the Bush administration’s waning days in control is wrong-headed and neglects the vital importance of facilitating contact between our bipartisan national leadership with political leaders in big stakes nations whose convulsions and internal strife have huge consequences for America.
And to my friends at Politico, where was the balance in this piece?
— Steve Clemons

24 comments on “Joe Biden’s CODEL to Iraq, Afghanistan and Pakistan: Working All the Angles. . .Like He Should!”