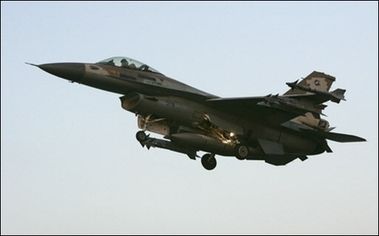 This debate over oil and energy policy disgusts me because both Obama and McCain are trying to force short term, knee jerk responses to a major policy challenge for the nation. I remember hearing John McCain once tell me that “Congress never makes good policy decisions in the heat of a crisis.”
But that’s what McCain and Obama are trying to do to each other on offshore drilling and use of the strategic petroleum reserve.
The price of oil has been driven far beyond sensible demand/supply values because of Bush/Cheney sabre-rattling and fear-mongering against Iran and Ahmadinejad’s escalation of reckless rhetoric.
Gary Sick, an insightful and important sane voice on Middle East policy at Columbia University offered some confirming views in an interview with Research Magazine:

As for the economy, American households’ economic woes, as well as voters’ concerns, have a lot to do with gas prices surpassing $4 per gallon and heading higher. “There is no doubt that current oil prices incorporate a substantial political risk premium,” says Sick.
Sure, oil traders are worried about possible shortages of oil. But any such shortages wouldn’t happen before a decade from now. This is not why the price of oil has been bid up now, because currently oil supply and oil demand are basically in balance.
“Every time Bush threatens Iran by saying that all options are on the table, including the military one, oil spikes,” says Sick.
High though oil prices already are, Sick disagrees with those who believe that the market has discounted a military strike against Iranian nuclear sites. “Prices would go a lot higher, and stay there, too, if the market really believed that an attack on Iran were imminent.”

Another informed perspective on this comes from former First USA Bank and Barclays USA CEO Richard Vague whose views track with those of Gary Sick.
To get the price of oil down, candidates should work harder at thinking through what the characteristics of a new equilibrium in the Middle East and globally might look like. What kind of deal can be done with Iran that preserves Israeli security, Iran’s domestic energy interests, and does not leave Iran with a domestic capacity to covertly manufacture nuclear weapons? There’s much that can be done.
Why aren’t the Republicans demanding Nancy Pelosi and the House come back to debate a more sensible national security strategy than we have today? That might make some sense — compared to the Republicans demanding the House stay in session while racing to the airports with their packed bags.
The price of oil is not about supply — it’s about high-fear hype.
— Steve Clemons