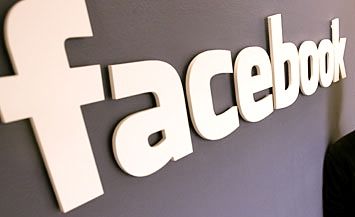 Washington, DC is now in a pensive state — just waiting for the Inauguration festivities to finally, really arrive.
I’ve just finished telling a number of folks that I’m just out of beds for those who hoped to crash (for free) at my place.
So far, I’m lined up to go to a Human Rights Campaign reception, an Arab American Gala, a Rockefeller Foundation supported evening at the Kennedy Center with Wynton Marsalis and Sandra Day O’Connor, and will be dropping in on parties hosted by Google, Verizon, and the Canadian Ambassador Michael Wilson. I’ll be hanging out with some very cool Obama-watching journalists on the Mall when Springsteen is playing and will be visiting with the “Illinois Delegation” attending the Inauguration at an event hosted by British Ambassador to the US Nigel Sheinwald. And probably the best pre-Inaugural “Countdown Ball” is being hosted by Huffington Post. I’ll be there too.
The Washington Note has received credentials to TWO events during the Inaugural festivities — not the best we could have gotten — but hey, TWN is affirmed. We will be at:

We just learned that just about anything south of P Street, NW — which I realize means little to those who are reading this in Riyadh or Tel Aviv — will be a super control zone.
On other fronts, if you have a “weak” password on FACEBOOK, change it. A close friend of mine was just seriously scammed. His account was hacked into, and the person who did it pretended (as my friend) to be stranded and stuck in London without money and a passport after having been robbed. The hacker succeeded in getting $1000.00 from one of my friend’s acquaintances.
I’d have the FBI all over this scumbag — but that’s my friend’s business.
On other fronts, here are a few media moments that may interest some of you:

1. Financial Times comment on Hillary Clinton’s foreign policy
2. Guardian comment on Obama administration and Hamas
3. Bloomberg comment on Obama and his Ambassadorial appointments
4. Comments on Rachel Maddow Show (MSNBC) on Afghanistan
5. Taylor Marsh calls Dana Priest and me out for suggesting that we might need to tunnel women out of Afghanistan (we are planning a blog-and-forth exchange on this in coming days)