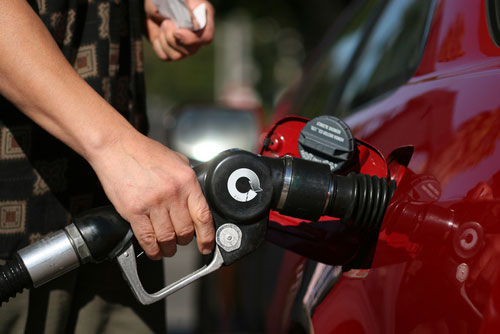 I have heard from Clinton campaign insiders that Hillary Clinton’s gas tax rollback proposal is resonating with voters — particularly the economically besieged in Indiana and North Carolina. She’s offering a classic give away to lure voters — and this is part of the retail politicking that the Clinton campaign is using to dismantle Obama’s sizzle.
But my former boss Senator Jeff Bingaman (D-NM), who chairs the Senate Energy Committee, endorsed Barack Obama last week — and I think that Hillary’s gas tax proposal was part of what put him over the edge. My hunch, knowing Bingaman and his views about nuclear language recklessness, is that Hillary Clinton’s comments about “obliterating Iran” also cost her his superdelegate vote.
An effort is now underway among serious policy intellectuals from both sides of the political aisle to protest the Clinton gas tax rollback notion.
Brookings Institution’s legendary economic policy guru Henry J. “Hank” Aaron is leading the effort — and has issued an open statement signed by some of the nation’s leading public policy voices. It’s a completely non-partisan effort.
The statement reads:

An Open Statement Opposing Proposals for a Gas Tax Holiday
In recent weeks, there have been proposals in Congress and by some presidential candidates to suspend the gas tax for the summer. As economists who study issues of energy policy, taxation, public finance, and budgeting, we write to indicate our opposition to this policy. Put simply, suspending the federal tax on gasoline this summer is a bad idea and we oppose it.
There are several reasons for this opposition. First, research shows that waiving the gas tax would generate major profits for oil companies rather than significantly lowering prices for consumers. Second, it would encourage people to keep buying costly imported oil and do nothing to encourage conservation. Third, a tax holiday would provide very little relief to families feeling squeezed. Fourth, the gas tax suspension would threaten to increase the already record deficit in the coming year and reduce the amount of money going into the highway trust fund that maintains our infrastructure.
Signers of this letter are both Democrats and Republicans. This is not a partisan issue. It is a matter of good public policy.

But I have to post a line from Aaron that gets at what he really thinks of Hillary Clinton’s proposal:

My own view is that in the long and sad annals of truly bad ideas, it is unusual for one to receive bipartisan support at such high levels right in the middle of a campaign as this one has.