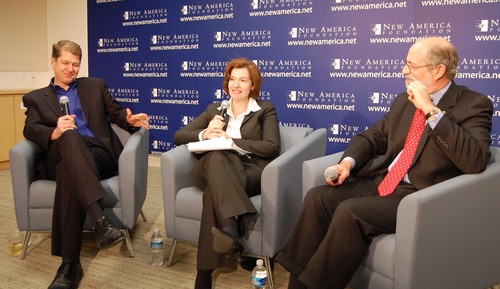 (Sorry for late notice on this — just learned we could do it. will get video up for later viewing tomorrow.) 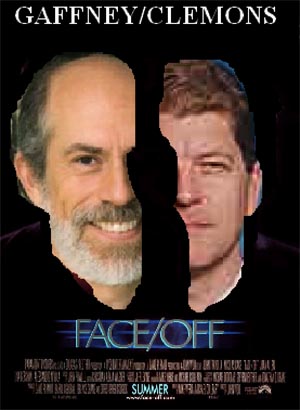 For One Night Only, General Public To Be Given Glimpse of What Happens When Diplomacy Stops Being Polite and Starts Getting Realist
Washington D.C. — Illegal prostitution across state lines? So gubernatorial, so 2008. The current intrigue burning up the Beltway has the potential to change the fates of nations and the lives of millions.
D.C.’s dark obsession with “Underground Pundit Cage-fighting” (UPC) dates back to the days of Hamilton and Burr.
Long hidden behind the op-eds and the green screens of mainstream media, the UPC surfaced nationally after allegations of performance enhancing simile-use led a prominent talk show host to abort a planned run for a Mid-Atlantic Senate seat.
Now for the first time, the raw rhetoric and pure, no holds barred policy thuggery of foreign affairs gladiators will be available live to the general public, Thursday, April 9, 2009.
For one, all too short hour, 5-6 pm, the 4th floor of the New America Foundation at 1899 L St. NW (map) will host two real warriors of geo-strategic analysis for a far-ranging debate on “The Future of American Foreign Policy.”
In one corner, Steve Clemons, the punishing publisher of progressive realism on The Washington Note and devastatingly effective director of the American Strategy Program at the New America Foundation.
In the other, Frank Gaffney, the veteran neocon’s neocon looking for a shot at the title with the Center for Security Policy, of which he is both president and co-founder. Rumor has it that Clemons and Gaffney last sparred years ago on an MSNBC exchange where Steve dubbed his hawkish rival, Frank “nuke ’em now and get it over with” Gaffney. Gaffney has been smouldering since.
Tomorrow’s faceoff will be the first in person UPC meeting in years between two experts that differ on just about every diplomatic and national security issue imaginable. Opposites understates the case.
For years, the Council on Foreign Relations had banned such an event, fearing the clash of titans would fundamentally alter the fabric of foreign policy civility in Washington–violating the PBS protocols of the Geneva Convention mandating that policy debates be neither entertaining nor insightful.
The clash was only made possible by a cause that transcends partisan politics: the fight to cure leukemia, lymphoma and other blood related cancers.
All proceeds from tomorrow’s event will benefit the Leukemia and Lymphoma Society, thanks to the efforts Alejandra Lopez-Fernandini. The tireless debate promoter and future marathon runner is raising money for LLS through the organization’s Team in Training program. TNT is a charity sports training program that has raised millions of dollars for the research and patient services provided by LLS.
The event will be moderated by Foreign Policy magazine’s executive editor and former national news editor at the Washington Post Susan Glasser.
Refreshments will be served, and a webcast will be available after the event.
You can also make a tax-free donation at this secure fundraising webpage.
Or you can make a check payable to: