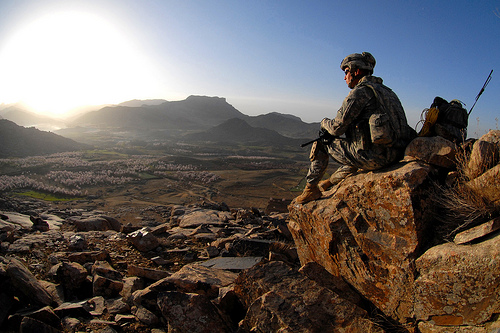 (Photo Credit: Army.mil’s photostream)
For those who missed it, New America Foundation Senior Fellow Anatol Lieven‘s column in yesterday’s Financial Times is an excellent summary of the United States’ strategic challenges in Afghanistan and Pakistan.
Among Lieven’s most important insights is that a democratic Pakistan simply cannot give the United States the kind of support that it wants against the Taliban.
To continue to push and push and to send more and more aid will not fix the underlying problem that the vast majority of Pakistanis are opposed to this kind of mission.
Second, Lieven points out that an effective exit strategy must involve engaging regional stakeholders – like Iran – who share our interest in a stable Afghanistan and possess the will and capacity to help mange the ongoing conflict within that country that will likely persist for years to come.
Finally, Lieven reminds us that the United States’ most important long-term strategic interests lie in Pakistan, not Afghanistan. This means that rather than trying to figure out how to get Pakistan to help us fight the Taliban in Afghanistan, we need to make sure that our efforts in Afghanistan do not undermine our long-term interests in Pakistan.
— Ben Katcher