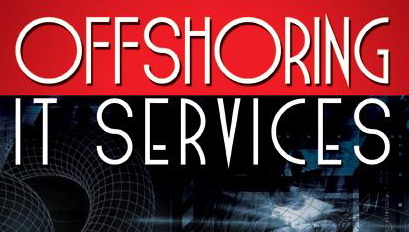 A bit more than a decade ago, I received a briefing at Sandia National Weapons Laboratories on a few of their private-public partnerships, or CRADAs (Cooperative Research and Development Agreements). Intel had a CRADA with Sandia and Los Alamos Labs on developing extreme ultra-violet lithography. Many other top tier firms did too.
But the CRADA that interested me most was General Motors.
GM’s tech team was with us — and we learned about a great number of tax-payer supported national security research technological achievements that could prove useful to the auto industry. I asked whether these acquired technologies would be applied differentially to GM’s production base in the U.S. — and whether they would be careful of extending such technology in their China operations.
The answer was pretty shocking.
GM said that it was taking all of the technology it could get its hands on — whether from the labs or elsewhere — and fully deploying it in China.
GM felt that this was a way to embed itself deeply in the Chinese economy over the next three decades and would keep the car manufacturer ahead of the more technologically-stingy Japanese firms as well as Daimler and Chrysler which had already had hiccups at that time in their China activities.
In a different realm, Citibank has been a leader in off-shoring, pushing more and more of its financial services support base overseas.
Now taxpayers are being asked to bail out these large firms which showed little interest in the economic health of the nation and which engaged in “winner-takes-all capitalism” where those at the top, like Robert Rubin, became mega-wealthy with little regard to the eroding conditions of America’s middle class.
American interests and the economic interests of firms were said by many economists — including Lawrence Summers, Robert Rubin and others — not to be tied to each other.
Telecom and media CEO Leo Hindery, who served as senior economic policy advisor to the John Edwards for President campaign and then served on the economic advisory team to President-elect Obama, has been talking for a long time about getting the economic interests of major firms back in line with the interests of the American middle class and of America itself.
Hindery and others, particularly former IBM chief technologist and emeritus Sloan Foundation President Ralph Gomory, have said that re-aligning the interest of firms and the nation must be a priority policy goal.
Senators Sherrod Brown, Byron Dorgan, Jeff Bingaman, Patty Murray, and others have been equally vocal on this subject.
Then, why isn’t anyone asking the question of the CEOs of these firms about what their new social contract with America and working Americans should be after having their companies literally “saved” during this economic crisis? What if we see the funds from the bailouts go to increasing the rapidity of off-shoring to India, China, and elsewhere in Southeast Asia?
Will that be the payoff taxpayers are expecting? I don’t think so — but few are talking about it.
Any big loans or bail-out equity acquisitions should come with a fundamental new condition: U.S. job creation and penalties for off-shored positions.
That should be the price of dipping into the public coffers — for all firms, whether financial or manufacturing.
Had Leo Hindery been made Secretary of Commerce instead of Bill Richardson (whose new perch in government will be announced today), I would have had more confidence that the Obama administration would take seriously this requirement to rewrite the “social contract” with firms in this country.
We’ll have to see how Governor Richardson handles this responsibility and whether he’ll figure out a way to get behind the interests of America’s middle class.
But it is essential to have the thinking of people like Hindery and Ralph Gomory considered when designing these bail-out packages.
Otherwise, on the Off-shoring front, we are just going to see more of the same, and the taxpayers will pay to help their own job base get shipped abroad.
— Steve Clemons