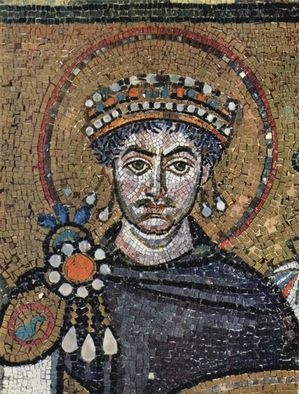 Over the weekend, Andy Revkin posted a very smart memo to the President-Elect from a group of “specialists on climate, energy, and technology policy,” who have decided to write under the nom de plume “Justinian” reveal their identities in a few weeks. The release sparked such widespread interest that two blogs (Unity College and Local Warming) and zero mainstream news sources have referenced its existence. I think it’s safe to say that Steve Clemons’s weimaraners have received substantially more attention (not to put them down — they are really quite adorable).
This begs the question: what were the strategic choices behind this paper’s release? None of the usual rationales for anonymity make sense. And the authors of this paper are obviously knowledgeable about the workings of government and are probably respected by Mr. Revkin (guess on my part), so it’s likely this would have been released in at least a few other places. It’s possible that this paper was drafted by a set of young, up-and-coming experts in the field who figured that an anonymously released paper could create some buzz. Whatever the rationale, it appears, at least to this point, to have backfired. I’m looking forward to finding out why it went down this way in a few weeks when names are made public.
So consider this my case for paying attention to this paper. I should note, by the way, that I am in no way connected with the authors and don’t know their identities.
I learned a lot by reading this paper, which immediately separates it from the nine out of ten policy papers on climate change that simply restate the facts and propose solutions that are unoriginal, vague, narrow in focus, or all of the above. Granted, we need these papers too, since policymakers have been simply unwilling to accept facts and consensus-supported scientific findings. But this memo takes a holistic view of climate change, and puts forward a new vision for tackling climate change via specific policy choices that President Obama can make.
It’s not worth rehashing each of the twelve recommendations, but here’s an example: the authors propose an elevation of the Council on Environmental Quality in the White House and a complementary demotion of the Office of Information and Regulatory Affairs, an institution that was first authorized to keep records and now essentially filters or cancels out environmental initiatives according to the narrowest kind of cost-benefit analysis. Considering how many disparate agencies in the government are now engaged in making environmental policy, we need CEQ to play the kind of traffic-cop role that it was envisioned to do, just as NSC does (or is supposed to do) on national security policy.
Decision-makers should consume this kind of analysis far more often. The entire memo is written from a point of view that emphasizes efficiency, smart governance, and global impacts.
Since I’m nit-picky by nature, I’ll mention two shortcomings. First, the paper contains not a single meaningful mention of adaptation, which is fully half the global discussion on climate change. Mitigation alone won’t solve the climate related problems we’re facing. Second, I’m not crazy about the authors’ idea of creating a volunteer Climate Corps. I do like the notion of emphasizing more climate-focused activities in Peace Corps, but most of the domestic goals of the proposed Climate Corps are being ably carried out now by non-profit groups. These groups could capitalize even more on the rising enthusiasm among young people if funding were directed their way instead of into new government programs that would do the same thing.
Anyway, do read the piece. Then sit tight with me until the authors reveal themselves and explain why their excellent analysis hasn’t gotten more press — or until I finish exams for my first semester of law school and need to whine about this some more, whichever comes first.
Scott Paul

Americans Should Get Assurances on “Offshoring” in Citibank Bail-out
Bill Richardson, GM, Citibank: Where is the Bail-Out Debate on Offshoring Middle Class Jobs Overseas?